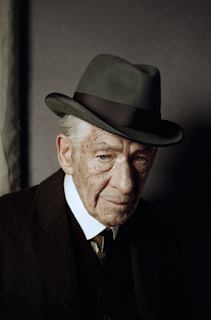 In May we reported that after a series of ill advised attacks on writers properly using what were clearly public domain stories and materials featuring the iconic fictional detective Sherlock Holmes, the Estate of Sir Arthur Conan Doyle had nevertheless decided to sue a Hollywood film producer a new movie which follows Sherlock Holmes during his retirement. The author's Estate claimed that the plot of the new film "Mr Holmes", starring Sir Ian McKellen and based on the Mitch Cullin novel "A Slight Trick of the Mind" infringed on the Conan Doyle's short story "The Adventure of the Blanched Soldier" published in 1926 in Strand magazine. Defendants to the action include Miramax studio, film distributor Roadside Attractions, and director Bill Condon. The action was filed with the United States District Court of New Mexico.


In June 2014 the US Court of Appeals for the 7th Circuit issued its decision in Leslie Klinger v Conan Doyle Estate, in which upheld the decision of the US District Court for the Northern District of Illinois - Eastern Division that author Leslie Klinger was free to use material in the 50 Sherlock Holmes stories and novels that were no longer protected by copyright. Writing on behalf of the Court, Circuit Judge Richard Posner recalled the decision in Silverman v CBS, in which the 2nd Circuit held that when a story falls into the public domain, its story elements - including its characters - also do. Works derived from earlier works whose copyright has expired may nonetheless be protected, but copyright will only extend to the "incremental additions of originality contributed by the authors of the derivative works."  The Supreme Court refused an appeal.

But there is a difference here: the allegation was that material had been copied from a work that was still in copyright:  "A Slight Trick of the Mind" is set in 1947 and the long-retired Sherlock Holmes, now 93, lives in a remote Sussex farmhouse with his housekeeper and her young son: "He tends to his bees, writes in his journal, and grapples with the diminishing powers of his mind. The alleged similarities included that development that 'Dr Watson has remarried and moved out of Baker Street'. The Estate also suggested that the details of Holmes' retirement are developed from elements of the final 10 stories; that  Cullin's book copies the development that Holmes possesses 'a personal warmth and the capacity to express love for the first time' - saying 'Conan Doyle also changed Holmes in later life by giving him a gentleness and kindness Holmes did not possess in public domain stories'. The Estate also claimed that Cullin's book copied entire passages from copyrighted stories and even used the same address for Watson found in  “The Adventure of the Illustrious Client” which is still protected.

Now Benjamin Allison, the attorney for the Arthur Conan Doyle Estate, has told TheWrap that it has reached a settlement in principle with filmmakers: The terms of the settlement are still unknown, but Cullin’s novel will cite the use of copyrighted material moving forward. Law360 confirms that papers have been filed to settle the case.

In a somewhat more friendly approach than earlier legal actions and public statements, Mr Allison went on to say “We admire both the book and the movie — and we have told the defendants that” adding “But much of the setting, plot and especially the character and emotional makeup of Sherlock Holmes as an older man come straight from copyrighted stories. Those stories are among the most original and creative works of modern fiction, and they should not be ripped off just because older Conan Doyle stories are in the public domain.”

The film has grossed close to $17 million since its domestic (US) release on July 17.

https://www.thewrap.com/ian-mckellen-drama-mr-holmes-copyright-infringement-suit-settled/
Posted by Ben at 1:07 pm