I wrote last month about the case of City of Inglewood v. Joseph Teixeira, where the city of Inglewood in California filed suit against one of its residents who had used parts of videos of its council meetings to create his own videos criticizing decisions made by the council or some of its members, and posted them online under the name “Dehol Truth.” 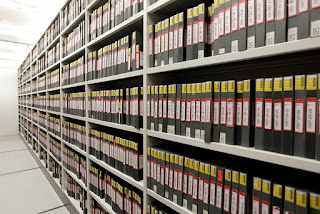 On August 20, 2015, Judge Michael W. Fitzgerald granted Defendant’s motion to dismiss, finding that Plaintiff was barred as a matter of law from claiming that the videos were infringing its copyright, and that even if Plaintiff could claim copyright infringement, Defendant’s use would be fair.
The City May Not Assert Copyright Protection Over City Council Videos


While Section 105 of the Copyright Act bars the federal government from protecting any of its works by copyright, it applies only to the U.S. government, and the issue of copyright protection for works of state and local government is governed by state law. Judge Fitzgerald found that “California law establishes a strong presumption in favor of public access to public materials and places,”citing as example the California Public Records Act (CPRA) which, as noted by the Supreme Court of California in Filarsky v. Superior Court, was enacted “for the purpose of increasing freedom of information by giving members of the public access to information in the possession of public agencies.”
Judge Fitzgerald was persuaded that the California court of appeals County of Santa Clara v. Superior Court case applied. In this case, the court found that a California public entity may not assert copyright in one of its works, in the absence of “an affirmative grant of authority to obtain and hold copyrights.”
Even If They Would be Protected by Copyright, the Use of the Videos Would be Fair
Judge Fitzgerald found that each of the four fair use factors were in favor of Defendants.
The first factor, purpose and character of use, was in its favor. Section 107 of the Copyright Act gives criticism or comment as examples of fair use of a work protected by copyright. For Judge Fitzgerald, Defendant’s purpose in creating his videos “falls directly within two of the categories explicitly referenced in §107: criticism and commentary.”
While Plaintiff had argued that Defendant had merely republished council meeting videos, Judge Fitzgerald found the videos at stake to be “highly transformative,” explaining that “[t]he clips are carefully chosen and heavily edited” and that Defendant “juxtaposes them with other materials, puts his own commentary over and around them, and used specific clips to underscore and support the points he makes in his videos.”
For Judge Fitzgerald, Defendant’s videos “constitute core First Amendment protected speech,” citing several cases, such as National Rifle Ass’n of America v. Handgun Control Federation of Ohio and Consumers Union of United States, Inc. v. Gen.Signal Corp.,  to support his well-settled assertion that “[t]he fair use doctrine generally provides a greater scope of protection when the works involve matters of public concerns.”
Even if the original videos would be protected by copyright, their “barely creative nature” would make this protection very narrow, and thus the second fair use factor, the nature of the original work, was also in Defendant’s favor. As for the third factor, the amount and substantiality of the portion used, Judge Fitzgerald noted that Defendant had used only parts of the original works, and that he had added each time his own written or oral commentary at the bottom of the screen. As such, the third factor “strongly favors a finding of fair use.” As for the fourth and last factor, the effect of the use on the potential market, it also “strongly favors” Defendant, as [Surprise Surprise!] “there is no market for the City Council Videos and the accused works are not a substitute for the original works.”


This decision leaves, however, one question open: why, oh why, did the City of Inglewood think it would be judicious to file such a suit?