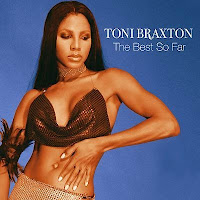 A Toni Braxton impersonator has been acquitted of trying to fool paying customers in Suriname into thinking she's the real thing. A crowd of 3,000 people pelted the performer with beer cans and booed her offstage in February when they realized she was not the six-time Grammy winner best known for the hit, Un-Break My Heart. Here
The performer, who often impersonates other artists, maintained that she was unaware that adverts for the concert claimed Braxton would be appearing and had been told that she was performing a tribute act at a private party.
I'm no expert on Surinamese copyright law but lets just hope she paid any applicable publishing royalties. And she can probably be thankful that this "misunderstanding" didn't occur in England or Wales where she (or the concert promotors) may well have faced a strong case for passing off.
Posted by JDK at 9:15 am