The truth about General Motors 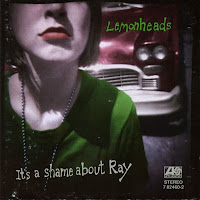 Did you believe that the demise of former US motor industry icon General Motors had anything to do with (i) making the wrong cars, (ii) making the right cars but not being able to sell them, (iii) providing over-generous employment and pension packages or (iv) not being able to get their hands on enough government money? If so -- think again! The real reason why GM filed for bankruptcy was to avoid the risk of having to pay damages for copyright infringement.

According to the BBC ("Dando sues car giant for song use"), Lemonheads singer Evan Dando has taken legal action in a Los Angeles federal court over the alleged use of a re-recorded version of his song It's a Shame About Ray which GM used in this Chevy advert. Dando is seeking damages and a portion of profits from the 2008 TV campaign.

Thanks, Annsley Merelle Ward, for the lead.
Posted by Jeremy at 7:30 am