ISPs: How Long Before the Little Guys Kick Sand in their Faces? 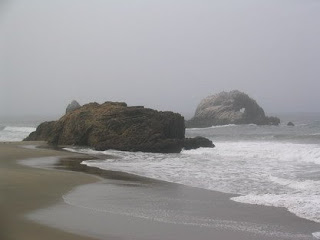 Page 108 of the Digital Britain report quotes Charles Leadbetter's The Digital Revolution: the Coming Crisis of the Creative Class: "Twenty years ago the industries that provided most of our information and entertainment resembled a few very large boulders strewn over a largely empty beach". ISPs who disseminate protected content have long joined this seaside rubble but apparently are not regarded as boulders (yet).

Digital Britain tells us (page 111) that two obligations will be placed on ISPs (1) to notify account holders who persistently infringe and (2) to maintain and make available (on the basis of a court order) data to enable serious infringers to be identified.
So, the goverment is asking the ISPs, ever so very nicely, if they will co-operate to help valuable industries to survive. But this seems to beg the big, dumb question: should not the technology sector take responsibility for the content that they are distributing and share their enormous revenues with the content owners and creators, just like any other distributor that is enriched by the content they make available? Society and the 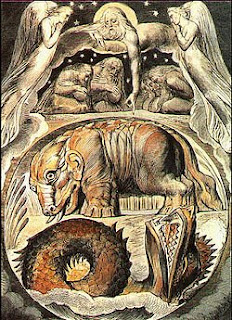 economy are becoming more and more reliant on the behemoths that deliver digitally - how powerful and how crucial will their services have to be before these distributors are roped in and required to pay for the raw materials on which they are building their industry? Digital Britain says that should notification not have the required effect of reducing (not eliminating) filesharing, backstop measures will be instituted that oblige ISPs to apply technical measures to reduce or prevent infringment. These would include blocking (of sites, IPs and URLs), protocol blocking, port blocking, bandwidth capping, bandwidth shaping, content identification and/or filtering. Oh, so that's OK then - but the Report's commitment to "commercially-led solutions" will take time.
Meanwhile poor old YouTube. French collecting society for phonograms and videos SPPF has issued proceedings against YouTube in the amount (according to Billboard) of €10 million, joining France’s TFI (suit value estimated at €100 million) in the queue to try and loop ISPs into the value chain for content distribution. These actions follow the group of Italian media companies seeking €500 million from YouTube for content that the plaintiffs assert is equivalent to over 315,000 broadcasting hours, Viacoms' US$1 billion suit and the class action from The Football Association Premier League, Rugby Football League, the Finnish Football League, National Music Publishers Association, Knock Out Entertainment, Seminole Warrior Boxing, the Rogers and Hammerstein Organisation, the Ligue du Football Professionel and others.

One can only hope that this welter of litigation will help the ISPs reach some sort of tipping point where it becomes uneconomic to continue their supine approach to paid-for content. (Cue sound of lawyers collectively rubbing their hands together). And alongside Leviathans challenging ISPs, maybe there is a role for the smaller guys. A previous post suggested using criminal law to bring a prosecution for infringement where ownership is not an issue. In the light of the recently announced matched penalties for real world and on-line infringement, would the legal equivalent of love bombing of the ISPs be effective for smaller players with a campaigning spirit?
Posted by Harcourt at 12:06 pm

Labels: digital britain and the isps