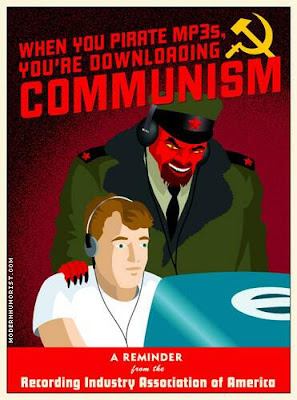 The second run of the illegal file-sharing case against single mum of four Jammie Thomas-Rasset has ended with the same result as the first, finding the 32 year old Minnesota resident guilty of violating music copyrights and ordering her to pay hefty damages to the recording industry - set by the federal jury at $80,00 per song - or $1.92 million in total. The award is substantially higher that the first case where penalties were set at 'just' $220,000. The Jury found that Thomas-Rasset has posted 24 songs on the Kazaa website so others could illegally download these - tracks included “Iris” by the Goo Goo Dolls and “Welcome to the Jungle” by Guns ‘n Roses. The action was one of 35,000 brought by the Recording Industry Association of America against people it claims were illegally sharing music before changing its policy in December but was then only case to go to trial (thus far) in the U.S. The case came back for a second trial after District Judge Michael J Davis dismissed the first verdict, saying he gave the jury incorrect instructions on what could constitute infringement - in effect what constituted distributing music files. Thomas-Rasset, whose lawyer claimed that she had tried to settle the case, said. “Now the record industry has a $2 million award against me. The only thing I can say is good luck trying to get it, because you can’t get blood out of a turnip.” Fred von Lohmann, a lawyer with the Electronic Frontiers Foundation said “The disproportionate size of the verdict raises constitutional" adding “was the jury punishing her for what she did, or punishing her for the music sharing habits of tens of millions of American Internet users?”.
Posted by Ben at 11:27 am