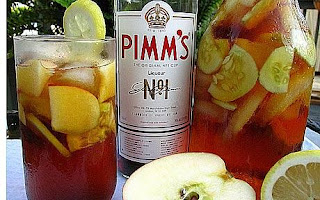 On the hottest day of the year it is understandable that 1709's thoughts may turn to sitting outside with a cold drink in hand. And what cold drink epitomises the Great British Summer more than a refreshing glass of Pimm's? A glass of Pitchers, perhaps?

In case you haven't heard of Pitchers it is the alcoholic drink launched earlier this year by supermarket giant Sainsbury's, to which lemonade and fruit can be added. The supermarket described the drink as its “own version of the UK’s favourite summer cocktail”. Sound familiar? It certainly did to Diageo, the world's biggest drinks company, which happens to own the Pimm's brand and which has launched legal action against Sainsbury's.

The press has widely reported that Diageo has brought a claim against Sainsbury's for copyright infringement of its Pimm's brand. For example, the BBC reports that: "Drinks giant Diageo says it will take legal action against supermarket chain Sainsbury's, after alleging it broke copyright rules regarding Pimm's".

It must be true that Diageo has brought a claim for "breaking" [sic.] "copyright rules" [sic.]because we read it in the papers (!) and online (!!) but 1709 wonders whether Diageo is more likely to have brought a claim for trade mark infringement or passing off instead. Marketing Week seems to have done its homework and agrees. Sainsbury's response to the claim also seems to indicate that they are defending such a claim: "Our customers are savvy enough to know exactly what they're buying, the clue is in the name".

Meanwhile 1709 would be interested to know whether readers can identify any potential claims for copyright infringement that Diageo may have against Sainsbury's. The most plausible claim we have come up with is for infringing copyright in the Pimm's label, and even then Diageo may have to pin its hopes on the similarity of the rounded hump at the top of each of the labels. Analysis from IPKat here.

Sainsbury's has stated that it will "vigorously defend" the allegations. 1709 will be following the case with interest but, in the meantime, whose round is it?
Posted by JDK at 5:21 pm