Free speech or taking the Mikko? ECHR to decide 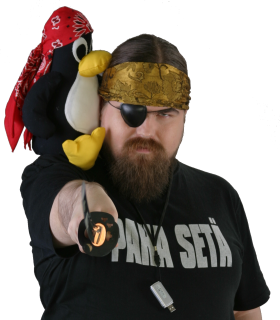 Here, via EDRI, is a curious episode. Finnish activist Mikko Rauhala has lodged an application to the European Court of Human Rights, claiming that the Finnish state has infringed his right to freedom of expression. This application follows a long bout of litigation that began when Rauhala started a discussion board on the internet for people to talk about the DVD copy protection method Content Scrambling System (CSS). Why did he do this? He says his motivation was to criticize the implementation of the EU Copyright Directive, which came into force in Finland in 2006. According to the implementation of the directive [says the report on EDRI -- you won't find this explicitly in the Directive], "organized discussion" regarding circumventing technological protection measures, like the CSS, was prohibited. Since Rauhala's motivation was reputedly to demonstrate the non-beneficial nature of the directive, he himself reported his actions to the Finnish police, "thinking that the police would not investigate the issue or that the public prosecutor would not press charges".
Supported by the Finnish Anti-Piracy Association, the public prosecutor was soon in action. The Helsinki District Court decided in Rauhala's favour, holding that CSS was not a type of protection measure covered by the Directive and that the ban did not therefore apply. The district attorney appealed to the Helsinki Appellate Court, which found Rauhala guilty of illegally circumventing a technological protection measure (Directive, Art.6) and of providing an illegal service for the circumvention of protection measures. The Supreme Court of Finland agreed.
Now Rauhala's case is on its to the European Court of Human Rights, for a ruling on whether this decision compromises his freedom of expression. He maintains that the discussion he was administering was within the confines of that right as enshrined in the Finnish Constitution, but that this issue was not recognised.
Posted by Jeremy at 8:39 am

The way that anticircumvention has been blanket criminalised is IMHO
incompatible with legitimate (and mandatory) backup rights in relation to computer programs, and with the range of permitted acts in copyright in general.

Not to mention the natural law right to do what you want with your own purchased property, provided that it does not injure another.