Web battle intensifies as original combatants sit it out 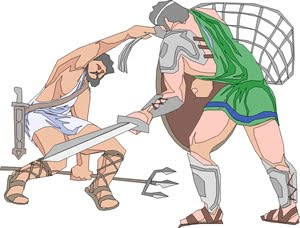 Once upon a time the big battle over unauthorised file-sharing was between copyright owners and the estimated 6 million or so illegal British downloaders. Now both these vested-interest combatants are sidelined as a potentially far bigger battle brews up, the warring parties being the UK government and the internet service providers (ISPs).

Today's BBC report on the government's latest position shows that the ISPs are quite furious. The new stance includes cutting repeat offenders off from the internet which, says UK ISP Talk Talk, was likely to "breach fundamental rights" and would not work. Talk Talk's competitor Virgin said that "persuasion, not coercion" was the preferred solution. ISPs point out that the disconnection of alleged offenders is futile, since they can easily mask or share their identities, or indeed their activities, in order to avoid detection. Today's move smacks of desperation:

Originally the Digital Britain report, published in June, gave Ofcom until 2012 to consider whether technical measures to catch pirates were necessary. However, according to a statement from the Department for Business, Innovation and Skills released ... that timeframe is now considered "too long to wait".

Times Online: Mandelson accused of caving in to lobbyists here
Daily Mail: speculation about a secret deal between Mandelson and Geffen is reignited here
Posted by Jeremy at 5:49 pm