BT and TalkTalk take on the DEA 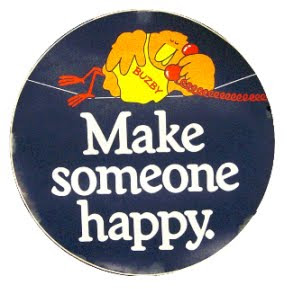 British ISPs Talk Talk and BT have asked the High Court for a Judicial Review to clarify the legality of the country's recently passed Digital Economy Act, which includes provisions requiring ISPs to police file-sharing and which introduces the much debated ‘Three Strikes’ procedure which ultimately may result in subscribers who indulge in illegal file sharing or other infringing activities having their bandwidth reduced or even their internet connection terminated.

The ISPs say the law was "rushed through" with "insufficient scrutiny” and they are asking the Court to clarify whether the U.K. law conflicts with Europe's e-commerce directive, which limits liability of offences committed by ISP subscribers, giving protection similar to the "safe harbour" provisions of the U.S. Digital Millennium Copyright Act. TalkTalk boss Charlie Dunstone told reporters: "We think the previous government's rushed approach resulted in flawed legislation. That's why we need a judicial review

The two ISPs also believe the provisions of the Act that require ISPs to disconnect repeat file-swappers unfairly target larger ISPs, as they only apply to firms with more than 400,000 subscribers with Andrew Heaney from TalkTalk saying “It means we could have huge swathes of customers moving to smaller ISPs to avoid detection.”

It will be interesting to see if this all ends up with a reference to the European Court of Justice on one more more of the points of law raised. In the 2008 case of Promusicae v Telefonica, the ECJ said that it was up to national courts to perform the balancing act of protecting both copyrights and in this case privacy rights. And here the ECJ was ruling on whether, under European law, there was any obligation on ISPs to reveal the identities of suspected file-sharers.

TalkTalk have been vocal in their opposition to three strikes but BT are newer to the fray: BT's Industry Policy Director Simon Milner said yesterday that "every film downloaded from The Pirate Bay or the dozens of other sites offering unlicensed content is a lost sale for BT Vision", but added that when it came to the wider issue of online copyright protection "this is their [the copyright owners'] business: it's up to them to find a solution to their business problems, it's not principally our problem".

UK Media regulator OfCom is currently consulting key interest groups on how a three-strikes might work under the provisions of the DEA.
Posted by Ben at 1:10 pm

Courts don’t judicially review primary legislation, do they? I think the answer will be: ‘Court says “no”.’

From the press release, you'd think BT and TalkTalk are asking the court to provide them with an expert legal opinion as to whether the Act accords with EU law. That's not in their job description either, is it?

Nor would they issue a declaration of incompatibility under the Human Rights Act as it must be sought by a 'victim', which BT and TalkTalk aren’t.

If BT and TalkTalk went further and sought an injunction (which isn’t ‘judicial review’) on the basis of EU law (along the lines of Factortame), then a court would have to decide if EU law overrides the Act. Possible relevant EU law:
• E-Privacy Directive: government exceptions to ensuring confidentiality of communications are OK to protect rights of others.
• E-Commerce Directive: governments mustn’t impose a general obligation on ISPs to monitor – but the Digital Economy Act doesn't impose that. ISPs just collect lists of infringements given by right owners.
• Framework Directive (as amended by Telecoms Package): any limitation of users' access must respect fundamental rights, be appropriate, proportionate and necessary, with procedural safeguards – including (here comes the iffy bit) respect for presumption of innocence and prior, fair and impartial procedure… As Ben suggests, the ECJ if asked would probably leave the balancing act of fundamental rights to national courts. So an ECJ reference would probably just get returned to sender (after two years in the post). I can't see an English judge overturning the Digital Economy Act on the grounds that Parliament had got the balance of rights unquestionably wrong. The appeals procedure in the Digital Economy Act keeps users online until proven guilty. Balancing human rights is inevitably a choice where often you can't say a particular response is categorically wrong. I don't think a court would side against Parliament in such a grey area.