The Pirates launch a ghost ship 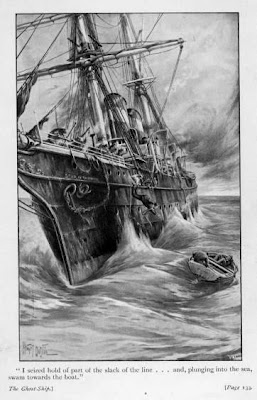 Well, in yet another twist in the ongoing saga of The Pirtate Bay, it seems the political 'wing' of the 'movement' has a new wheeze. Having had a number of court judgments ordering ISPs to block access to the rogue bit-torrent tracker site and/or give up details of users who infringe, now we have an all new gleaming pipe that allows anyone to connect with anything - courtesy of - ahem (and drum roll pelase) THE PIRATE BAY!

The Inquirer describe the new service thus "The Pirate Party has created an ISP, dubbed PirateISP, based in the Southern [Swedish] city of Lund, a place well known for its 42,000 academic community, and will provide high speed internet connections to the anonymity seeking masses". The new service appears to undercut local rivals by about 50%.

PSFK says this "the Pirate Party looks to refashion Internet privacy regulations by starting an anonymity-based ISP. By cloaking online activities, the progressive group aims to advance their political mission to ensure that citizens’ rights to privacy are respected. Henrik Pontén, the Swedish Anti-Piracy Bureau agent who led the raid against The Pirate Bay, indicated that police requests for Internet activities from ISPs must be lawfully fulfilled. However, Pirate Party’s ISP intends to keep no logs of online activities to give out" adding "By [the] summer’s end the world will be closely monitoring Sweden’s privacy debacle.

That would be “… courtesy of - ahem (and drum roll pelase) THE PIRATE PARTY!”. While lumping them together in your dislike is perfectly understandable, The Pirate Bay and the Pirate Party are different entities and different people. (It would have been rather odd for TPB to have saved itself by offering itself bandwidth, would it not?)

As for the legal issues: it is true that ISPs are required (under Sweden’s implementation of the IPR Directive) to hand over what logs they have under certain circumstances, ISPs are also required (under Sweden’s implementation of the E-Trade Directive) to delete all logs of user activity as soon as possible.

Previously, most Swedish ISPs illegally kept data longer than necessary for the express purpose of helping the police, but most have stopped that since the IPR Directive was introduced.

The Data Retention Directive has not yet been implemented in Sweden – government has chosen to pay fines rather than have another privacy debate before September’s election – but the draft that was leaked last year would restrict use of data stored under the DRD to serious crimes, explicitly excluding IPR Directive-related uses.