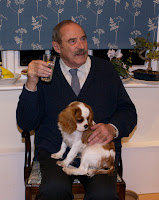 This copyright law enthusiast is officially pleased to be one of the new members of the fabulous 1709 Blog team. In future, I shall endeavour to bring news of the latest developments in German copyright law to an English-speaking audience. Why? Because I believe Lord Goff of Chieveley was clearly on to something when he suggested we “sufficiently dispel our ignorance of German law and so by comparison illuminate our understanding of our own.” (White v Jones [1995] 2 AC 207)

So here we go, diving straight in:

It is important to note that English and German copyright law treat public documents quite differently. English court decisions and other public documents are subject to Crown Copyright pursuant to section 163 CDPA 1988, and administered by the Office of Public Sector Information (charmingly abbreviated OPSI). While most Crown Copyright material may be reproduced free of charge, this is subject to certain conditions. For instance, the source of the material must be identified and the copyright status acknowledged. German copyright law, on the other hand, takes the rather more radical approach of completely excluding official works from copyright protection. According to section 5(1) German Copyright Act (UrhG), laws, ordinances, official decrees and notices, as well as decisions and official head notes of decisions shall not enjoy copyright protection.

That certainly seems clear enough, but the case at hand shows that there may be difficulties involved: Claimant was an attorney; defendant operated a website with reports on legal disputes. Claimant, acting for one of his clients, sought a preliminary injunction (PI) against defendant from a court in Berlin. The court granted the PI, stating:

Subsequently, defendant published claimant’s brief on his website, as part of an article about his objection proceedings against the PI. Claimant sued for copyright infringement, so the LG Köln had to decide whether in this context the attorney’s brief was part of an official work for the purposes of section 5(1) UrhG. 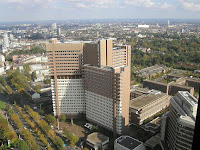 The court dismissed the claim. It held that an attorney’s brief generally enjoys copyright protection if it achieves a sufficient level of creativity (Schöpfungshöhe), referencing the Bundesgerichtshof’s classic “Attorney’s Brief” decision (BGH GRUR 1986, 739 – Anwaltsschriftsatz). However, if a court refrains from setting out its own grounds to a decision and refers to the contents of an attorney’s brief instead, it thereby appropriates the reasoning contained therein. Consequently, the attorney’s brief becomes part of the decision and thus part of an official work pursuant to section 5(1) UrhG.
The LG Köln appeared to draw additional support for this argument from the fact that claimant’s motion for the PI had actually been physically attached to the decision. It was quick to point out, though, that copyright protected works that become incorporated into official works in the manner described above do not lose their copyright protection outright. They may rather only be used freely to the extent that they are utilised in their capacity as a part of the official work in question.
I believe the court struck a fair balance of interests, given that the publication of the PI would be quite pointless if it were not permitted to publish the motion for the PI as well. Also, I like my PIs super fast and do not think judges should be made to paraphrase the arguments submitted in an attorney’s brief if they happen to agree with them. Do readers feel the same way, or do you think that’s just promoting laziness?
Posted by Monika at 10:43 am