Smoking pipes and other copyright tales 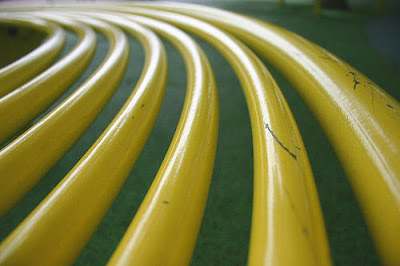 To the USA first, where the Recording Industry Association of America (RIAA) have announced that they will appeal a federal judge's reduction of a file-sharing copyright damages award from $675,000 to $67,500 in the Joel Tenenbaum case. The original award ordered the Boston University student to pay $675,000 in copyright infringement damages for sharing 30 songs online. Earlier this month, U.S. District Judge Nancy Gertner ruled that amount unconstitutionally excessive, and reduced it by 90%. Similarly the copyright infringement damages award of $1.92 million that a jury ordered defendant Jammie Thomas-Rassett to pay has been reduced $54,000, although that case appears headed for a new trial on the issue of damages.

An to Germany for another turnaround: In Dusseldorf the appellate court has overturned a lower court's order that free file-hosting service Rapidshare must install a keyword filter to block the sharing of copyrighted media. The lower court issued a preliminary injunction against Rapidshare last year, after film distributor Capelight Pictures sued the site when copies of its "Insomnia" and "Inside a Skinhead" movies were made available for download from the service. The lower court ordered Rapidshare to filter words such as "insomnia" and "skinhead". The Higher Regional Court of Dusseldorf has now ruled that more advanced filter that used full film titles cannot be used - noting that the words could wrongfully remove users' private copies of the films, which are permitted under German law. The court also said Rapidshare is not obligated to pursue those who distribute links to unauthorized files hosted on it service.

Finally to Eire where Irish ISP UPC has said that it will continue to “vigorously” defend itself against liability proceedings taken against it in the Eire's courts by content owners. The company is the latest in a series of ISPs to take issue with copyright holders' insistence that they police customers' Internet traffic. Ireland's biggest ISP, Eircom, was successfully taken to court by the IRMA (Irish Recorded Music Association) and is currently sending warning letters to customers who have allegedly infringed copyright through illegal downloading using the IP addresses of alleged infringing customers which are supplied by IRMA. UPC said that it does not condone piracy, but considers that "there is no basis under Irish or European law requiring an ISP to monitor or block subscriber traffic on its network" – although in France and the United Kingdom there are the new, and much criticised, "three strikes" laws – the French HADOPI law and the Digital Economy Act in the UK – the French law has already faced legal challenge and as previouslt reported, the UK law is about to face a judicial review.