The trade mark's a killer for Eugenia Padilla 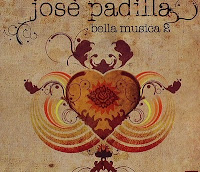 Copyright is not a subject that often crops up in Community trade mark disputes, but it did here in Case T‑255/08, Eugenia Montero Padilla v Office for Harmonisation in the Internal Market, José María Padilla Requena -- an appeal to the General Court against the refusal of the office that administers the Community trade mark system to block the registration of the JOSE PADILLA trade mark. Essentially what we have here is one good soul named José Padilla trying to register the name JOSE PADILLA as a trade mark, with another lady -- who appears to administer the copyright of her uncle (a composer of that name) -- seeking to stop her.

Eugenia argued first that, if her adversary were allowed to register the mark, she wouldn't be able to gain the benefit of the presumption that a person named as the author of a published work is its author, under Article 5 of the IP Enforcement Directive. She later argued that, since the name "José Padilla" was attached to copies of the composer's copyright-protected works (CDs, DVDs, sheet music etc) sold in the course of trade, that constituted the use of a trade mark which would be able to thwart a later attempt by someone else to register the mark.
The General Court disagreed and dismissed her appeal. The copyright presumptions were a red herring and, even in the unlikely event that an adverse trade mark registration might prevent them, this was not a ground of opposition recognised by Community trade mark law. Also, the existence of a name on a piece of music or a recording was as likely to be an indicator of who was the artist or composer, not an indicator of the trade source of the product in question.
Posted by Jeremy at 8:00 pm