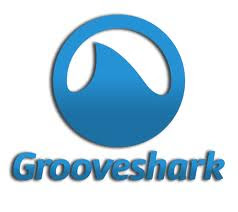 There is more trouble ahead for Grooveshark the popular streaming service that in one way or another has run afoul of every major record label. EMI Music, the only major record label to license its music to Grooveshark, has now sued the company in New York State Supreme Court, saying that the service owes $300,000 plus interest for non-payment on a promissory note having paid $150,000 from the alleged $450,000 due. As a result, EMI says, it has terminated its licensing agreement with Grooveshark.

In a statement, Grooveshark said: “Grooveshark was recently forced to make the difficult decision to part ways with EMI due to EMI’s currently unsustainable streaming rates and EMI’s pending merger with Universal Music Group, which we consider monopolistic and in violation of antitrust laws. To date, Grooveshark has paid over $2.6 million to EMI, but we have yet to find sustainable streaming rates.” Grooveshark has an estimated 35 million users, and argues that its service is legal under the terms of the US Digital Copyright Millennium Act.

The publisher of DMN says they needs help fending off Grooveshark’s legal challenge after the site had published anonymous comments accusing Grooveshark of deliberately violating copyright law from someone identified as a Grooveshark employee. Grooveshark is asking publisher Paul Resnikoff for widespread information about the informant including the person’s IP address, etc. — so it can defend itself in the lawsuit brought against Grooveshark by the recorded music industry. Resnikoff said “We are a very small company and need the help adding “We are actively soliciting amici curiae and even pro bono litigation assistance in this matter.”