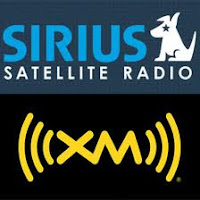 In a very curious development, satellite and internet radio station SiriusXM Radio has filed a complaint against US collection society SoundExchange, Inc. and the American Association of Independent Music ("A2IM") charging them with unlawfully interfering in SiriusXM's efforts to secure, through a competitive market, the use of sound recordings critical to its business. The complaint contends that the conduct violates federal antitrust law, as well as New York state law, in particular violating Section 1 of the Sherman Act by interfering with the satellite channel’s efforts to obtain cheaper direct licenses that pay royalty rates of 5% to 7% instead of the 8% statutory rate for master rights owners. Sound Exchange describes itself as "the non-profit performance rights organization that collects statutory royalties from satellite radio (such as SIRIUS XM), internet radio, cable TV music channels and similar platforms for streaming sound recordings. The Copyright Royalty Board, which is appointed by The U.S. Library of Congress, has entrusted SoundExchange as the sole entity in the United States to collect and distribute these digital performance royalties on behalf of featured recording artists, master rights owners (like record labels), and independent artists who record and own their masters".

SiriusXM is seeking injunctive relief to stop SoundExchange and A2IM from impeding its efforts to directly obtain the licenses it wants to operate its business, by direct dealings with record companies instead of relying exclusively on licenses either negotiated with SoundExchange acting as the record industry's collective or on the outcome of regulatory rate-making proceedings. SoundExchange collected $292 million in royalties for 2011, up from $20 million in 2005.

The most significant redress SiriusXM asks for is for SoundExchange to be dissolved and unwound on an orderly basis, or alternatively the appointment of an independent monitor to oversee SoundExchange's compliance with antitrust laws for a period of 10 years.

The complaint also asks the defendants to pay its legal fee and whatever economic damages the court determines SiriusXM has suffered.

The complaint charges that, although SiriusXM has the legal right to negotiate with individual record companies for such licenses, SoundExchange, in collaboration with other record industry organizations (the National Academy of Recording Arts and Sciences, the American Federation of Television and Radio Artists, and the American Federation of Musicians) has orchestrated an illegal boycott designed to choke off such competition and have eliminated price competition in, among others, the market for digital transmissions of sound recordings licensable under the statutory licensing provisions of Section 114 of the Copyright Act of 1976.

The complaint was filed in the United States District Court for the Southern District of New York.