Is it a red letter day for The Pirate Party over Dutch injunction? 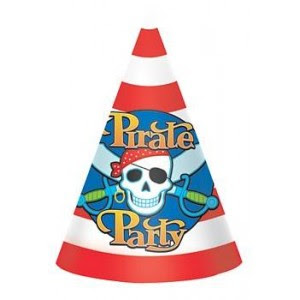 It looks like the principles behind SABAM v Netlog and more importantly SABAM v Scarlet might be tested soner rather than later – and the testing might be done by none other than the Pirate Party in the Netherlands who have recently been taken to task by Dutch anti-piracy group BREIN. The Scarlet decision by the ECJ (on a referral from the courts in Belgium) decided inter alia that the fundamental rights enshrined in EC Directives (2000/31, 2001/29, 2004/48, 95/46 and 2002/58) must be interprested as precluding an injunction made against an internet service provider which requires it to install a system for filtering all electronic communications …. which applies to all customers indiscriminatly. This did not trouble the High Court in Newzbin 2.

The decision in Netlog (a social networking site) similarly held that a filtering system that would require the owner to carry out general minitoring of information stored on its servers would be prohibited by Artivle 15(1) of the E-Commerce Directive.

In the Pirate Party case, BREIN had successfully secured a web-block injunction against the Pirate Bay itself January, on the ground that the Pirate Bay was liable for the copyright infringement of many of its users. The injunction named two internet service providers, Ziggo and XS4ALL, and BREIN is now pursuing action to extend the injunction to other internet providers in the Netherlands. The thorn in their side have been ‘savvy file sharers’ who know exactly how to get round web blocks – and then make that information available online to others – so BREIN has been monitoring them too. And guess who one of those offering this advice is – yes – step forward the Dutch Pirate Party who posted a reverse proxy’ to enable access (effectively nullifying the court order) until ordered to take that down by the Dutch court in a new injunction. The Court in the Hague required the political party to take the proxy offline or pay a fine of €10,000 (£8,225) per day, up to a maximum €1,000,000 (£822,500).The Pirate Party sort of complied, but then seemingly posted a new page complaining about the injunction, and posting new advice and links to allow keen file sharers to access the Pirate Bay. BREIN subsequently demanded these be removed, though so far it seems that only the hyperlinks have been taken down.

Now the Dutch Pirate Party has now announced it plans to sue BREIN itself over the injunction and Torrentfreak reports that the Dutch Pirate Party said: "By dragging BREIN to court, the Pirate Party finally has the chance to put forward arguments to strike the court injunction that was unilaterally imposed on it last Friday by the Dutch entertainment industry organisation" and in a blog Dutch Party member Blauwbaard said “after the legal harassment continued here on Saturday night, when BREIN sent an email at 8.15pm demanding additional draconian measures under the threat of penalties, the Pirates are anxious to finally get their day in court”. Will this one run? Best I can say is that it might do.

Three of the Pirate Bay co-founders had previously threatened to sue BREIN for defamation in Sweden and Holland.