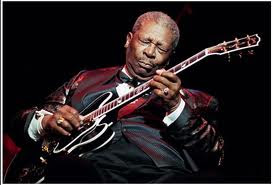 The legendary BB King, before whom all blues lovers should kneel, is, according to the Hollywood Reporter being sued for allegedly interfering in the production of a bio-pic called ....errrr... The King and I. King Size Film Productions, whose vast oeuvre can be seen here on IMDb, allege that the blues legend is attempting to use trademark and rights of publicity to halt or thwart completion of the picture. What could this mis-step in the audio-visual tribute business do to other film endeavours of the great and good....? Why we should care.... here
Posted by Harcourt at 6:44 pm