Dramatico: a belated note on the sequel 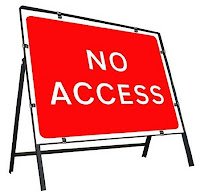 To recap, the claimants were record companies which sought orders blocking access to the file-sharing facilitator The Pirate Bay -- both in their own right and in a representative capacity on behalf of other members of BPI (British Recorded Music Industry) Ltd and Phonographic Performance Ltd. The defendants were the six major retail internet service providers. Following the earlier judgment, the claimants subsequently agreed the terms of the orders with five of the six defendants for the purpose of blocking or impeding access to The Pirate Bay.

For the court to have jurisdiction to make the orders sought by the claimants, three matters had to be established: (i) the defendants had to be 'service providers' within the meaning of the Copyright, Designs and Patents Act 1988, s.97A; (ii) users and/or operators of The Pirate Bay must have used the defendants' services in order to infringe copyright, and (iii) the defendants must have had actual knowledge of the use for infringing purposes. As to (iii), the claimants contended that the defendants had acquired actual knowledge through evidence which was given by counsel during the proceedings on behalf of the BPI, through the contents of the claimants' evidence in support of their claim and in the findings of the first judgment itself.

In a very short (13 paragraph) judgment, and without the need to listen to submissions from the defendants -- who did not put in an appearance -- Arnold J granted the orders in the form sought by the claimants.  There was no doubt that the defendants were ISPs; there was evidence that The Pirate Bay's website was used for infringing purposes and that the defendants had knowledge of this.

Of particular interest, since the question of access to The Pirate Bay is a matter which, we learn, is likely to be coming before the European Court of Human Rights (see Eleonora's post here), is this: