An IP address is not a person 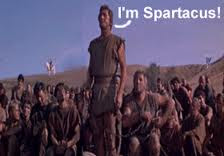 In the USA, Judge Magistrate Gary Brown (US District Court, Eastern District of New York) has gone to great lengths to explain why an IP address is not the same as a person and cannot be used to bring claims against alleged copyright infringers.

In the States, Mass-BitTorrent lawsuits have been “dragging on for more than two years” and involve more than a quarter million potential illegal downloaders. The copyright owners who start these cases generally provide just an IP-address as evidence of the infringement and as the identity of the ‘John Doe’ infringer. The court is then asked to grant a subpoena, allowing the claimant to require an Internet Service Provider for the personal details of the alleged offenders. Judge Brown is of the opinion this is a “waste of judicial resources” and that the argument that IP-addresses can identify the alleged infringers is very weak with Judge Brown saying


“The assumption that the person who pays for Internet access at a given location is the same individual who allegedly downloaded a single sexually explicit film is tenuous, and one that has grown more so over time”


“An IP address provides only the location at which one of any number of computer devices may be deployed, much like a telephone number can be used for any number of telephones ….  Thus, it is no more likely that the subscriber to an IP address carried out a particular computer function – here the purported illegal downloading of a single pornographic film – than to say an individual who pays the telephone bill made a specific telephone call”.

Judge Brown went to explain that in his opinion having an IP-address as evidence of an infringer is even weaker than a telephone number, as the majority of US homes now have a wireless network - meaning that many people, including complete strangers if one has an open network, can use the same IP-address simultaneously.

This latter point was tested by the courts in Germany where the German Supreme Court (BGH) indicated that a subscriber who left their wi-fi open without password protection was potentially liable for others' infringing activities but only in as much as the subscriber could be enjoined to an action and forced to take necessary precautions - they would not be liable for damages (financial penalties) for another's infringement.

http://torrentfreak.com/judge-an-ip-address-doesnt-identify-a-person-120503/ and http://www.scribd.com/doc/92229567/Judge-Gary-Brown-IP-Address-Ruling and an opinion on copyright ‘trolls’ here http://slworona.wordpress.com/tag/judge-gary-r-brown/ and for the German position see here http://ipkitten.blogspot.co.uk/2010/05/germany-liability-for-unsecured-private.html
Posted by Ben at 10:45 am

Wouldnt it still lie to the payer of that IP Address to either be responsible (like in a household, dad buys the addy so dad is responsible) or to have the tools and wherewithal to log the internal private IP and connect the external to internal and point to the actual perpetrator (like an internet cafe or school or business)?

@Chris Alpiar. Your first suggestion doesn't solve the unsecured wifi access issue, where the user would be unknown to the bill payer, and like most of the suggested tech fixes for addressing this problem, your second suggesstion would be relatively easy to circumvent by generating a spoof private (sub-mask) IP address which could not later be tied to a specific individual, either within the household or a random wifi interloper, thus the situation would be as at the present.

More from Finland: the CMU Daily reports (16.05.12) that a court has just ruled that there is no obligation to password protect wireless networks, and that the 'someone else did it on my wi-fi' defence is satisfactory in illegal file-sharing cases, even if the wi-fi network had no password protection, providing the evidence available gives that excuse some credibility.

In the Finnish case, reported on by Torrentfreak, the defendant was accused by anti-piracy group CIAPC of downloading unlicensed content in July 2010, but it was shown that that downloading occurred during a twelve minute window via the woman's open wi-fi network while she had 100 guests at a party at her house.

The defendant's lawyer told Torrentfreak: "The applicants were unable to provide any evidence that the connection-owner herself had been involved in the file-sharing, the court thus examined whether the mere act of providing a wi-fi connection not protected with a password can be deemed to constitute a copyright-infringing act".

Should CIAPC choose to appeal, lawyers for the accused say they might ultimately have the matter considered at the European Courts Of Justice.