Game over: no online copyright regulation in Italy 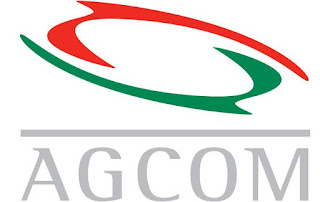 As readers of this Blog will remember, the Italian Communication Authority (AGCOM) has tried for a couple of years to adopt an administrative regulation to protect copyright over the internet.
Since last March, AGCOM has sent out contradictory signals as to whether it would have actually gone ahead and adopted the regulation before its current members (who have held their office for seven years) are replaced in a few days' time (see earlier posts here and here).
Lately, one of the main criticisms raised against AGCOM's draft regulation has focused on its actual lack of competence to legislate in the area of copyright. At the end of March there have been rumours that Mario Monti's government would adopt a proviso (to be probably included in a law decree) aimed at clarifying (or, according to some commentators, allowing) AGCOM's competence to this end (see earlier 1709 Blog’s post here).
This morning, AGCOM President Corrado Calabrò delivered what is likely to be his last speech in this capacity before the Italian Senate.
Here, Calabrò summarised AGCOM's action and role over the past seven years and, among the other things, highlighted that, while in 2005 the largest corporation by market capitalisation was Esso, now this position has been taken over by Apple, which has bigger market capitalisation than Milan Stock Exchange.
Calabrò observed that some of AGCOM's competences touch upon fundamental rights, such as freedom to conduct a business, social dignity, rights of children, pluralism, and freedom of expression and information.
It is up to primary legislation, said Calabrò, to set up a general framework in these areas. However, fine tuning (as Calabrò called it) and technical provisions are better provided by an administrative regulatory body such as AGCOM.
As far as copyright is concerned, AGCOM has had the great merit of starting a discussion as to the protection of copyright over the internet, in a country which has a seventy-year old copyright statute [is this to be considered as an achievement? If so, then Italy is a few years - to say the least - behind the rest of Europe].
Although AGCOM has showed its ability to reconcile the various rights and interests involved in copyright, it will not go ahead with its copyright regulation. This is because Italian Government has not yet adopted the proviso needed to clarify the nature and extension of AGCOM's competence to this end. Therefore, until this happens, AGCOM will not feel obliged to adopt its "well-balanced" regulation.


So this is the final result of two years of debate. If this was a film, it would probably be a Commedia all'italiana. According to the Wikipedia entry,


"rather than a specific genre, the term indicates a period in which the Italian film industry was producing mainly brilliant commedies, with some common traits like satire of manners and a prevailing middle-class setting, often characterized by a substantial background of sadness that would dilute the comic contents."

Posted by Eleonora Rosati at 1:32 pm