In-cinema filming remains a major piracy problem - but does the UK government care? 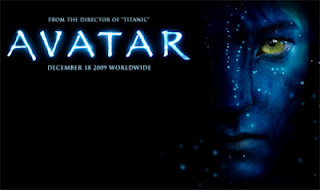 The Cinema Exhibitors Association have said that 90% of illicit film downloads on the internet originate from recordings illicitly made in cinemas, despite the efforts of cinema chains such as Odeon, Vue and Cineworld to stamp out the practice. Now the cinemas trade association has accused the UK Government of being "soft" on movie piracy after rejecting plans to create a specific offence related to covertly videotaping screenings of new films, a move proposed by a film policy panel chaired by Lord (Chris) Smith, the former Labour Culture Secretary. The Department of Culture Media and Sport says that the practice is adequately covered by the 2006 Fraud Act. Charges can also be brought under section 107/1(e) of  the Copyright Designs and Patents Act 1988.


The CEA says that pirates offer bounties of up to £20,000 a time for a copy of a new film, that illegal recordings cost the UK cinema industry £220 million per annum in lost sales, and that they make substantial efforts to reduce the filming including providing staff with infra-red glasses to detect suspicious activity. The 'cammers' are now so organised they make stereo recordings at the 'production' stage - and even re-lay foreign language soundtracks in 'post production'. The CEA say the police have little interest in prosecuting alleged offenders and that there have been just five successful prosecutions under the Fraud Act since 2010, not least as there is a need to show the defendant who illicitly mad the recording in the cinema was acting for financial gain.


The Top five pirated films of all time (by illegal downloads)


The Time, page 46, 19th May 2012 and for some background see http://torrentfreak.com/uk-movie-cammer-faces-jail-sentence-100814/ and for the CEA's response to Gowers see http://www.allpartyipgroup.org.uk/pdfs/CEA%20Response%20to%20All-Party%20Inquiry.pdf
Posted by Ben at 8:36 am

Hi
Is it actually 'illegal' to record a film in a cinema if it is for your own use? (I know - why would you! but theoretically?).'Illegal' suggests that there is a clause in law to prevent this; but I think it arises due to 'hidden' terms and conditions when you buy a ticket (effectively contract law - but is it fair?). Can you point to any actual legislation or am I right?
Graham, Plymouth

Film piracy is no longer a hot topic; it has been around long enough to cool down a little. That has not, however, prevented it from continuing to cause a lot of problems for the film industry. Dodgy DVDs and increasingly, illegal downloads, cost the film industry massive amounts of revenue every year.