Is it time for a super society?

Some of the criticsms levelled at the music industry in the digital age have been those directed at outdated and ineffective licensing models - especially where internet start ups are looking at a global market, whereas as rights owners, often territorially limited collection societies, are mandated to licence within their national borders only. Early entrants in the music sphere spoke of the need to negotiate with hundreds of different organisations each offering 'blanket' licences for just one country - to run a global music streaming service. It took Spotify two years to negotiate basic clearances - as the pirates made merry!


The problem has not escaped the European Commission  who are keen to promote (at least) pan-European licensing regimes: Digital Commissioner Neelie Kroes recently said Digitisation has fundamentally changed content industries, but licensing models simply have not kept up with this. National licensing can create a series of Berlin cultural walls. The price, both in pounds and frustration, is all too real, as creators are stifled and consumers are left empty-handed. It is time for this dysfunction to end. We need a simple, consumer-friendly legal framework for making digital content available across borders in the EU".


Problems with digital licensing have also not escaped the attention of the UK government, currently advancing plans for the 'Digital Rights Exchange' proposed in the Hargreaves Report. But in my own opinion even a pan-European licensing regime is of little real use or relevance in the digital age. Surely a UK 'licence' for the digital age is becoming more and more redundant!


To solve Neelie Kroes' concerns, surely just one European society for, say, music might well be an effective solution - at least for potential licensees - as a 'one stop shop': BUT, a sole player might not be so good for content owners such as songwriters (who can presently shop around the various music collection societies such as PRS, GEMA and SACEM), or for the board members, or the staff at individual existing societies - although at least some of the latter could and would (I imagine) be redeployed.  And I have some real concerns on behalf of the end users - customers. Actually, it will be the board members who offer the most resistance as they see their cosseted positions at certain societies threatened by  the threat of closure, merger or takeover; but the conundrum that remains is one of competition law.


In 2005 when this who area was looked at, The EC's three solutions were (a) to do nothing (b) allow the existing (then 24) societies to offer pan-European licences in competition with each other (prompting speculation that this will just encourage a 'race to the bottom' on licensing tariffs or (c) allow rights holders to choose one EU online rights manager. At the moment the EC is waiting for the Court of Justice to determine the way forward in the CISAC case: where it stands now is that there is an order in place prohibiting the 24 European collecting societies from restricting competition by limiting their ability to offer their services to authors and commercial users outside their domestic territory BUT the decision allowed collecting societies to maintain their current system of bi-lateral agreements and to keep their right to set levels of royalty payments due within their domestic territory.


Why bother with all that - lets go for efficiency! Lets have just the one society! A super society! Digital start ups - especially offering content - want access to ALL content in their sector (whether its films, music, books, news content, whatever) and almost always want to be able to offer and sell that content Worldwide. Whilst  I am sure that the EU would need to consider consumers as a sole European collection society  would be a monopoly - and a monopoly based on the 'monopoly' of music copyrights (if you want Kylie's songs - you can only come to us)  surely one society is a potential solution? Just one collection society for recorded music and just one for songs in Europe - or even just one covering all music rights - at least the EC could potentially regulate this, possibly in the same way the Copyright Tribunal  reviews licensing schemes in the United Kingdom. But globally, now that is a bit more tricky  .....


Europe good - global better? Surely any solution has got be be global? If we have leant nothing else in the last 10 years, we have learnt that this is a 'must have' generation of consumers - if they can't get content legally - they will get it illegally.


The Universal Music Group's proposed acquisition of EMI's recorded music division from Citigroup has again focussed thoughts on global licensing, with some supporters of the merger pointing to the fact that with a near 50% combined market share, a combined Universal-EMI could be an effective one stop shop on its own for licensing recorded music content, There is the counter argument of course - a combined UMG-EMI (or indeed in the publishing world a combined SonyATV-EMI music publishing)  could equally block any new entrant if they so wanted which must surely be an issue worrying competition regulators.


One problem is that the music industry's record on anti-competitive (antitrust) behaviour is not wonderful,  not least because of that nagging antitrust case called Starr v Sony  which I am sure the labels would like everyone (including the US courts to forget) about; it's all about the major labels madcap digital start-ups all those years ago called PressPlay and MusicNet. On top of that there is the rather public 2002 settlement by the majors and three of the biggest high street retailers in the USA for price fixing of CDs - and two separate 2005 and 2007 settlements for payola. That said, the recorded music industry is a significantly different business than it was ten years ago – and whatever your views are on digital piracy – it cannot be ignored – and nor can the rise of new independent distribution systems such as Apple’s iTunes, and streaming services such as Spotify.  But whether that justifies the creation of a dominant player with a possible 50% market share is debatable. But at least the concentration of rights into one 'manager' makes licensing easier - and payment possible - doesn't it ..... ? 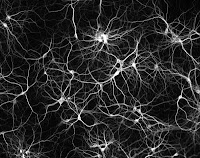 But that got me thinking, and as I am very uneasy about having just two 'super-majors' in the music industry, surely to prevent further consolidation in the recorded music sector and yet allow for effective licensing, it would be better for Sony, EMI, Warners and UMG along with the independent record sector (represented perhaps by Merlin) to form their own 'super society' to collectively licence ALL recorded music on a global basis. Then potential licensees could have their much wanted 'one stop shop' - and consumers would have legal access to to the World's music. Perfect eh?


Except it would be a super monopoly ....... so I am back to the problem the EC faces trying to balance the need to have effective licensing and the need to have a competitive market place (and we know post MPS v Murphy competition law trumps copyright!). But at least within Europe there is at least the potential for a mechanism to regulate such a monopoly - even if it were a European wide Digital Rights Exchange. But with a global super society .......  who would be the 'World Police'?


Anyway, thoughtful comments would be MOST WELCOME ......

You have hit the nail firmly on the head.
Currently the collecting societies are all about 'ego and turf'.
The client, the members, are secondary.

However, what will happen to performers re 1 stop licensing?

In the UK there is a lunacy where MCPS Licenses the mechanical right of commercial musical product while PPL license the Sound recording.
However, MCPS license both rights for Library Music [and possible Film/TV]. The licensing of samples of Library Music product however does NOT use MCPS but licenses direct with the customer....... no paper-trail there for composer or performer...........

What I see is a great deal of language form all legal quarters re the 'owners' of product, but nothing re those who generate the product, the creators !!

Les also pointed me to this article

"Can Collecting Societies Survive Beyond The Digital Frontier?"

GEMA, the German collecting society, has announced a new deal with German based music rights company BMG which will enable the society to licence out the digital rights to the firm's entire Anglo-American catalogue on a pan-European basis.