A good read on the culture of 'free' 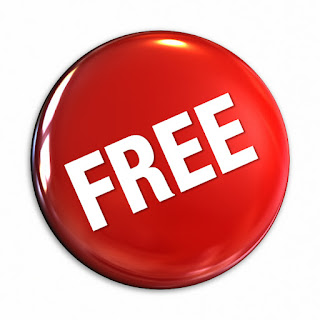 "Recently Emily White, an intern at NPR All Songs Considered and GM of what appears to be her college radio station, wrote a post on the NPR blog in which she acknowledged that while she had 11,000 songs in her music library, she’s only paid for 15 CDs in her life. Our intention is not to embarrass or shame her. We believe young people like Emily White who are fully engaged in the music scene are the artist’s biggest allies. We also believe–for reasons we’ll get into–that she has been been badly misinformed by the Free Culture movement. We only ask the opportunity to present a countervailing viewpoint."


This viewpoint is an elegant, engaging and well reasoned (if slightly long) response by David Lowery and well worth a read - a really interesting digest of what  David feels is wrong with a new gereration who seem happy to pay their mobile phone companies and internet service providers - but not musicians who they claim to respect and admire. The comments on the blog are mostly a good read too with some interesting participants! Many thanks to my most excellent friend Arthur H for alerting me to this article which you can find here
Posted by Ben at 4:27 pm

People are very happy to pay the musicians whose music they'd have more of - ask Amanda Palmer.

The idea that paying copyright holders is paying the musician is becoming as transparently false as The Emperor's New Clothes.

Free culture is not about refusing to pay the piper, but separating that from the freedom to share and build upon their piping.

The wealthy copyright cartel and its cronies may well not like the look of a future in which they are disintermediated, but at least they can find new jobs. Pity the poor victims of copyright litigation, bankrupt or in prison, for doing nothing more than enjoying a natural liberty annulled in 1709 by Queen Anne.

Information, patterns, recipes, ideas. The creator of any piece of information has an exclusive right to take commercial advantage of it in anyway s/he likes so long as it has not been released into the public - this is true.

But once it is divulged into the public, it becomes the property of everybody because ideas, unlike physical things, cannot be dispossessed. You sold your song, but you still have the song. Their use of the song does not conflict with your use of the song. Whether you sang it to them and they remembered the melody, or whether you wrote it down for them it matters not.

No one owes the author any money because they did not steal it. It was shared freely by others who have acquired it.

While the copyright holder may want to run the business model of selling copies, reproducing each copy for $10 to the customer, the file-sharer is willing to do it for $0. If all things equal, reputation equal, service and reliability equal, the customer will go for the $0. This is called competition.

HOWEVER, This does not mean that there is no business model.

Sorry my comment is a bit late, but I wonder if Jeremy Rifkin's idea of a "The Zero Marginal Cost Society" is relevant (explained at http://youtu.be/5-iDUcETjvo). This is about the concept of a collaborative commons and so values the idea of things being free as a positive thing for our society's development.