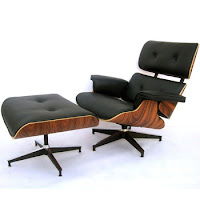 In March the 1709 Blog published this note, "Free movement of occasionally infringing chairs: IP trumps the level playing field", on the Advocate General's Opinion in Case C-5/11 Criminal proceedings against Titus Donner. The facts of the case can be found in the earlier post, if you are not already familiar with them.  In essence, at the relevant time the sale of Bauhaus style furniture was a copyright infringement in Germany, but not in Italy. Furniture was made in Italy and aimed at the German market; it was sold to German purchasers through a scheme which, though it was intended to make the sale an Italian one, was regarded as having taken place in Germany.  Donner, a German national who ran a freight forwarding company based in Bologna, Italy, was prosecuted for copyright infringement, He argued, inter alia, that he had not infringed any copyright since there was no 'distribution to the public' in terms of the Infosoc Directive and that Germany's criminalisation of the sale in Germany of products which did not infringe copyright where they made, in Italy, was an interference with the free movement of goods.

Today, in a fairly short (38 paragraph) ruling, the Court of Justice of the European Union gave an unsurprising ruling, the active part of which reads thus:


"A trader who directs his advertising at members of the public residing in a given Member State and creates or makes available to them a specific delivery system and payment method, or allows a third party to do so, thereby enabling those members of the public to receive delivery of copies of works protected by copyright in that same Member State, makes, in the Member State where the delivery takes place, a ‘distribution to the public’ under Article 4(1) of Directive 2001/29 ... on the harmonisation of certain aspects of copyright and related rights in the information society.

Articles 34 TFEU and 36 TFEU must be interpreted as meaning that they do not preclude a Member State from bringing a prosecution under national criminal law for the offence of aiding and abetting the prohibited distribution of copyright-protected works where such works are distributed to the public on the territory of that Member State in the context of a sale, aimed specifically at the public of that State, concluded in another Member State where those works are not protected by copyright or the protection conferred on them is not enforceable as against third parties".