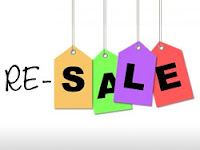 From DACS -- the UK's Design and Artists Copyright Society -- comes a media release on a matter of obvious alarm to the Society's member.  It reads as follows:

A campaign against the Artist’s Resale Right is threatening an important source of income for emerging artists.

The Artist’s Resale Right entitles UK artists and their families to royalties for artworks re-selling above €1,000. However, a campaign led by art dealers is calling for this threshold to be raised to €3,000.

The Government’s decision in 2005 to opt for a lower threshold of €1,000 meant that more emerging artists could enjoy resale royalties, as well as photographers and illustrators, whose works often sell at lower prices than fine art.

41% of artists who have received resale royalties since the Right came in in 2006 did so because of the lower threshold. Raising the threshold could deprive them, and other artists, of future royalties.

‘For the sake of royalty payments of around £32, raising this threshold will disenfranchise younger and emerging artists as their works resell in the UK art market,’ says Gilane Tawadros, Chief Executive of DACS, the Design and Artists Copyright Society.

‘Resale royalties are a valuable investment in the life blood of the UK’s art market at a time when public funding cuts are significantly reducing artists’ incomes.’ says artist, Stuart Semple.

‘I’m amazed some parts of the art market are still fighting a rear-guard action against the Artist’s Resale Right. Without artists there would be no art market,’ says Chris Bryant MP, a long-standing supporter of the resale right.

Since the Right was introduced in 2006, DACS has paid artists more than £15 million in resale royalties.

While the resale royalties are modest, they are meaningful to artists as research shows that in 2010 the median wage for a fine artist was only £10,000.

Artists are being asked to make their views known to Culture Secretary, Jeremy Hunt via Twitter: @Jeremy_Hunt with hashtag #resaleright ".

Apart from the novelty of asking artists to tweet their views -- which may not be much use unless the tweets can be expected to arrive in vast quantities, given the ephemeral nature of the medium -- there is also the welcome spectacle of DACS doing what some organisations have yet to do with any great degree of conviction: basing their call to action on actual figures.  But there's still something missing in this equation: there are no corresponding figures cited for the art trade itself.  If it can be shown that art traders are flourishing, in whole or in part, then the contrast between the income of artists and dealers can be shown in stark contrast.  If it turns out that the trade is struggling as much as the artists, or more so, then it may be that the strange, uncomfortable and partially symbiotic relationship between artists and the art trade needs a radical re-think.
Posted by Jeremy at 11:16 pm

49% of all the money collected in the first years of the UKs scheme went to just 20 artists.

Resales by value overwhelmingly go to those artists most favored by the market.

The artists most likely to see a drop in sales and offering prices are exactly emerging artists.
In Australia the Resale scheme has definitely resulted in big drops in the sales of the most vulnerable artists , the Aboriginal artists.