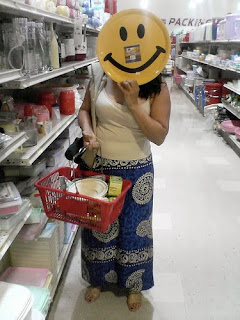 New research from Consumer Focus, the UK’s consumer watchdog, says that nine out of ten consumers who are aware of online music services, have only heard of two established brands – iTunes and Amazon and Consumer Focus says that the survey of nearly 2,000 people shows that the music industry is failing to promote the many legal alternatives – four in ten people had never heard of a single online service. Unsurprisingly the music industry said it was a “fallacy” to imply that awareness of legal music services is low and Geoff Taylor, the chief executive of the BPI, the record industry trade body, said: “It’s just not credible to suggest that people who are downloading illegally haven’t heard of iTunes, Amazon or other legal music services” adding “our much larger, more recent and targeted online survey shows that awareness of legal music services among internet users is almost universal”. I have to say, it does somewhat depend on who Consumer Focus surveyed – my great aunt, who is reasonably computer savvy, knows what a download is (in theory) but would not be able to name a single online service as she only uses CDs. It is also fair to say that with their market dominance both Apple’s iTunes and Amazon would be expected to poll significantly and it would be interesting to see exactly what was asked and of whom. Without that information the statistic is as meaningless as the record industry’s own use of the statistic that “95% of all downloads are illegal” (IFPI), somehow trying to equate this to a 95% loss of actual sales of recorded music.

The survey has added spice to the ongoing debate about the relevance of a ‘three strikes’ law which would be used to disconnect persistent illegal download offenders as envisaged in the Digital Economy Bill, and of course the new High Court injunctive powers set out in Lord Tim Clement Jones’ recent House of Lords amendment to the Bill. I the red corner the BPI’s Geoff Taylor said “The measures in the Digital Economy Bill are precisely what is needed to encourage illegal downloaders to move across to those legal services” whilst in the blue corner Jill Johnstone, International Director, Consumer Focus, said: “The music industry is shooting itself in the foot by not promoting legal online music services. If file sharing is causing the damage the music industry claims, why aren’t they putting more effort in to promoting the legal alternatives?” adding “Before we go down the enforcement road it is only fair to ask the music industry to do more to make people aware of the legal options". The BPI's Harris Interactive research of 3,442 respondents in November 2009showed 96% had awareness of iTunes/Amazon/7 Digital/HMV (etc); that 87% had awareness of subscription services like Napster, eMusic (etc); that 87% had awareness of music direct from artists sites; that 86% had awareness of being able to obtain music via mobile handsets; and on streaming services, 55% had awareness of Spotify, 52% had awareness of last.fm and 31% had awareness of We7.

And for more research on comsumers' views on 'outdated' copyright laws in the UK see http://www.consumerfocus.org.uk/news/outdated-copyright-law-confuses-consumers
Posted by Ben at 10:01 am