OOOO errrr missus, the claws are out in DEB debate 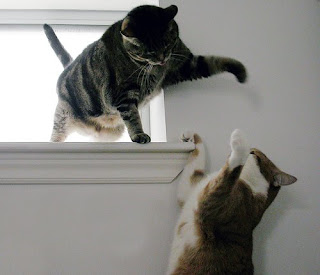 The record label’s trade body, The BPI, has published research by Ovum which rather spookily comes out just at the time when debate about the Digital Economy Bill is in full spate, and even more spookily suggests that if the six biggest internet service providers were to launch internet packages that had a licensed digital music service bundled in this year, the extra revenue they could generate on an annual basis by 2013 would be £103 million, assuming there was a "medium adoption scenario" which would be be equivalent to 41% of the total U.K. digital music market in 2009. The report also found that bundled music services could reduce ISP subscriber churn rates saying that "A big ISP with around 3.5 million customers would generate indirect value of more than £20 million per year if its bundled music service cuts churn by just 10%” and going to on say that “with the right service platform, user experience and merchandising strategy, ISPs have an opportunity to reach a green-field digital music market that mainstream download-to-own services such as iTunes do not reach today”. Commenting on the report, the BPI’s Geoff Taylor said

"It's increasingly clear that it isn't smart for an ISP to just be a 'dumb pipe'. This report shows that the revenue potential of digital music services alone makes sound economic sense for ISPs. UK music companies want to innovate and develop exciting new digital offerings. ISPs such as Virgin Media have recognised that legal digital music services offer a more exciting and profitable future than continued widespread piracy".

Now I am not sure if the likes of BT, Virgin and AOL like being called a ‘dumb pipe’ (a new one to me) but TalkTalk’s response (usually newsworthy when it comes to three strikes and ISPs’ policing the internet) was marvellously catty, with a spokesperson telling TorrentFreak

"TalkTalk thanks the BPI for its strategic business advice. Though some may question the value of such insight from an industry which has failed to acknowledge the impact of new technology on its own business models and is pressing the Government to criminalise its biggest customers".