Meltwater: no sign of a thaw in dispute with Times Online 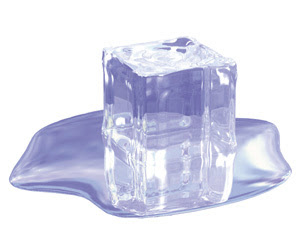 According to paidContent yesterday:

"Public relations news monitor Meltwater has come out fighting - but not too hard - after ... it had been blocked from indexing News International’s Times Online.

It’s issued a 259-word statement in response that says… well, not much. The essential point: Meltwater is sticking to its guns and waiting for what it hopes will be an industry-standard ruling in its favour from the UK’s Copyright Tribunal, to which it took the Newspaper Licensing Agency’s (NLA) new online use license.

The sticking point: News International’s Times Online, here, is operating a similar principle to the NLA, of which it is a member - but it’s not operating the agency’s new licenses; it’s acting unilaterally…"...”

The blocking has been effected by updating Times Online's robots.txt file to block Meltwater, along with NewsNow, which was previously blocked.
The Meltwater statement reads as follows:

"Earlier this week, Times Online, published by News International, took the step of blocking Meltwater from indexing its website. We find this move both surprising and disappointing as Meltwater has sought a ruling by the UK Copyright Tribunal to provide clarity on current UK copyright law. Yet, despite the fact that the Tribunal is still months away from reaching a decision, News International has chosen not to wait for a judgment, but to pursue its own course of action unilaterally.

Meltwater acknowledges that there are different interpretations of the current UK copyright law today. However, we firmly believe that our services do not infringe upon anyone’s copyright because our services do not keep nor provide our clients with copyrighted content. To create clarity on this issue, Meltwater has brought the NLA’s (Newspaper Licensing Authority) proposed licensing scheme for online news to the UK copyright tribunal (Meltwater press release). Meltwater believes that the entire industry will benefit from a clear ruling on this complex issue, which is so important for all players in the online media industry. The Copyright Tribunal recently rejected the NLA’s claim that Meltwater was not entitled to have its case heard.

Times Online’s recent action is just the latest development in the ongoing copyright discussions in the UK market, a discussion that is far from over. Meltwater continues to serve the needs of its customers and we are reviewing all the options available to us – including the relevant technical and legal considerations – to ensure we continue serving our clients long into the future".

In brief, the Tribunal has upheld Meltwater's right to challenge Times Online's Web Database Licence/Web End User Licence set-up: Meltwater has the credentials to make its application and the Tribunal has jurisdiction to hear it. The Tribunal has also set a timetable for hearing the dispute. The main diary dates are June 2009 (case management), October 2009 (pre-trial hearing) and 7 February 2011, where a hearing of between 5 and 7 days' duration is expected.
This one will run and run ...
Posted by Jeremy at 11:29 am

You're a bit confused on a point here. The Web Database Licence and Web End User Licences are NLA contracts, not directly related to the Times Online.

I think that all this dispute between Meltwater and Times Online it is a big waste of time.

Since blocking on-line aggregators and introducing a paywall, the Times' online readership has dropped by 90% and it's now making less than £10,000 a month.

No. 10 issues a response to a petition to clarify copyright law with regard to URLs for the purposes of providing links to other web sites, and essentially there view seems to be that you need permission from the owner of the target URL. This is ridiculous and effectively makes it illegal to operate a web site form the UK unless all links have written permission.

Full No.10 response follows:
" This petition suggests an amendment to copyright law, to allow web search engines and other parties linking to publically available content online to operate with confidence. However, it is not clear that legislation is actually needed in this area.

It should be noted that there is already a mandatory exemption in Article 5(1) of the Infosoc Directive (Directive 2001/29/EC) that covers aspects of this issue. So to the extent that search engines make incidental copies as part of their services and the other conditions in Article 5(1) are satisfied, there is already an exemption available in section 28A of the Copyright Designs and Patents Act 1988.

Regarding web users’ ability to link to content, to provide links and follow those links to publicly available content, there are limitations on the extent to which UK law may exempt such activities from copyright protection. In particular, Article 5 of the Infosoc Directive establishes a finite list of exemptions which may apply to the exclusive rights of reproduction, distribution and communication to the public of copyright material; all exemptions must be consistent with a normal exploitation of the work and must not unreasonably prejudice the legitimate interests of the right holder. It is unlikely that all the exemptions envisaged by this current proposal would meet these requirements.

There is a case currently before the Copyright Tribunal that is considering the terms of the licence between the Newspaper Licensing Agency Ltd and Meltwater Holdings, an on-line aggregator. The Government cannot comment on an ongoing case, but obviously there is the potential for developing further case law in relation to the licensing arrangements in this area. We will of course continue to monitor developments."