Of Talk Shop and TalkTalk: the Bill meets the Bull 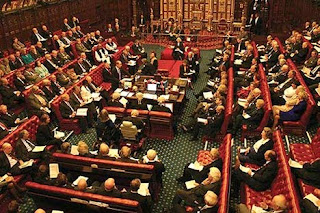 The Digital Economy Bill has moved one step closer to becoming law, been approved by the House of Lords last night. Next step is the House of Commons, where the debate over some of the Bill's more controversial elements should begin in earnest.

The record industry is naturally behind the Bill, with the BPI's Geoff Taylor stating "it is vital for the future of the UK's creative sector that the digital economy bill becomes law before the dissolution of parliament … we are pleased that is has passed successfully through the Lords and will continue to work closely with all parties as it progresses".

The Guardian reports that there is some concern regarding the speed of the Bill's progress however, and fears that the so-called 'wash-up process' (which allows behind-the scenes political bargaining to rush through legislation before parliament dissolves) will mean that the Bill is not debated properly.

The Bill's progress will do nothing to resolve the arguments that are currently being waged over its contents however. In a more light-hearted attack on the Bill (though presumably equally as worrying if you are a true music fan) TalkTalk, a committed opponent of the proposed moves to restrict internet access for illegal sharers, has teamed up with musician Dan Bull to produce a 'tongue-in cheek' look at the Bill in the form of the video 'Home Taping is Killing Music'. In theory 'connecting' with people via a video is in itself a clever idea, but the jury is certainly out as to whether this particular effort will win TalkTalk any further supporters.