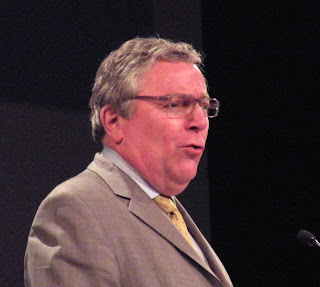 Controversial Clause 17 of the Digital Economy Bill which was designed to allow ministers, rather than parliament, the right to introduce new copyright rules has been dropped following a last minute move by the Liberal Democrats to amend the proposed legislation in the House Of Lords. Liberal Democrat Lords Razzall and Clement-Jones proposed an amendment which could see UK Internet Service Providers forced to block web sites with a high proportion of copyright-infringing content with the key passage in the amendment saying:

"The High Court shall have power to grant an injunction against an [internet] service provider, requiring it to prevent access to online locations specified in the order of the Court."

A further statement in the amendment says that this would apply when a substantial proportion of the content accessible at or via each specified online location infringes copyright.

The amendment, if successful, is a double whammy for ISPs as the High Court’s new powers would be available to the content industries alongside the proposed new ‘Three Strikes’ provisions. It remains unclear whether the new powers could be used against sites (rather than ISPs) such as Oink! or The Pirate Bay which do not host any infringing content themselves but provide links to infringing content - although if widely drafted the amendment would potentially bring in a the concept of ‘authorising infringement’ into UK law. Tim Clement-Jones (pictured) explained the motive behind the amendment thus

The blog world was up in arms with widespread rumours that, if the Bill passed, content owners could easily misuse the new powers especially against video-sharing sites like YouTube, which do host infringing content uploaded by users - until they are made aware of its presence on their platform and take it down.

"This would open the door to a massive imbalance of power in favour of large copyright holding companies. Individuals and small businesses would be open to massive 'copyright attacks' that could shut them down, just by the threat of action. This is exactly how libel law works today: suppressing free speech by the unwarranted threat of legal action. The expense and the threat are enough to create a 'chilling effect'".

At the beginning of the week Lord Puttnam said that the Bill was being rushed through parliament without sufficient scrutiny, and that legislators were subject to an "extraordinary degree of lobbying" from copyright holders.

The Digital Economy bill is currently in the report stage at the House of Lords before its third reading in the Commons. Whether it will receive assent before the upcoming general election remains to be seen. Lord Puttnam said of the current Bill

"What will end up leaving this chamber... and going to the Commons is a bill that none of us is particularly proud of. It will be a spatchcock that does part of the work it was intended to do but not all of it."

The most serious problem with the amendment (along with a host of others such as its inherent vagueness as to what constitutes a "location on the internet") is that the court's discretion on costs is almost wiped out. An ISP will have to bear the cost of any order made against it except in exceptional circumstances.

Since the site (or whatever) blocked is unlikely to be run by a customer of the ISP, there's little incentive not to accept a block, and every incentive simply to block whatever one is asked to.

This defect is exacerbated by the lack of any proper notification requirement. An ISP is at a costs risk if it is given a bald notification to block a location. The notifier need not give any reasons or justification for sending a notification, need not prosecute one if it is refused and is not liable for any misuse of the system.

A more muddle-headed and unjust way to go about website blocking would be hard to conceive of.

I fear that, since this has cross-party support, it will get through in the wash-up unless the point is driven home to MP's.