Floyd in the Pink, EMI in the Dark 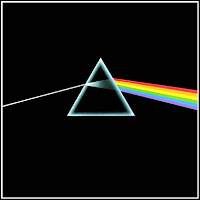 In "Pink Floyd score victory for the concept album in court battle over ringtones", The Guardian reports on the victory of iconic British rock group Pink Floyd (The Wall, Dark Side of the Moon etc) over recording company EMI, which has been told by a court today that it can no longer license songs from any Pink Floyd concept albums as single downloads or mobile phone ringtones. Says the report:

"... the high court chancellor, Sir Andrew Morritt, said the label must adhere to a clause in its contract with the group intended to "preserve the artistic integrity of the albums" which prevented the unbundling of Pink Floyd's records.

Pink Floyd became one of the biggest rock bands in history with their elaborate and experimental concept albums and highly theatrical live tours. EMI had argued that its deal with the band, reaffirmed in 1999 before the download market took off, related to physical CDs and DVDs but not to online distribution.

Pink Floyd alleged, and EMI agreed, that the label had allowed online downloads from the albums and allowed parts of tracks to be used as ringtones despite the clause which "expressly prohibits" EMI from selling songs out of context.

The judge granted the band the declaration ... that the contract means EMI is not entitled to exploit recordings by online distribution or by any other means other than the complete original album without Pink Floyd's consent. ...

The verdict means the band's music may now have to be taken down from the iTunes online music store which requires that album tracks are for sale individually. ..

Yesterday's verdict is thought to be the first time a band have successfully taken their record label to court over the way it has distributed their music online [Offhand I can't recall any other cases in Europe where this has happened. I don't know about the US or elsewhere though. Can readers give chapter and verse of any comparable litigation?]. It could lead to other cases, music industry analysts believe.

Robert Howe QC, representing Pink Floyd, argued that it would have been "a very odd result" if members of Pink Floyd were able to control exactly how their music was sold as a physical product but there was "a free-for-all with no limitation on online distribution". Elizabeth Jones QC, appearing for EMI, disagreed and said the word record "plainly applies to the physical thing - there is nothing to suggest it applies to online distribution"".

I've taken a quick peep at the BAILII website and can't find this decision among the Chancery cases yet. It will be interesting to see if any moral rights issues are raised as well as the contract issues. It would be even more interesting to see how much of Ummagumma could be turned into ringtones ...
Posted by Jeremy at 10:40 pm