Can you pre-empt an assignment of future copyright?

Performing Right Ltd v B4U Network (Europe) Ltd is a Chancery Division decision dating back to 22 October, but this blogger has only just got round to dealing with it.  The judge, Mr Justice Vos, is now one of the regular IP judges in England and Wales.  The analysis below is based on a note published on subscription-only service Lawtel; the decision is an extempore one which is not available on BAILII.

The PRS had entered into contracts with two song composers under which, inter alia, copyright which the composers "may acquire or own" while remaining a member was assigned to the PRS. After entering that agreement, the composers entered into a commissioning agreement with Indian producers to compose the music and lyrics for a film. It was accepted by all that the commissioning agreement was a contract for the song writers' services as composers. Under that agreement, the rights in relation to musical works composed for the film (i) vested in the film's producer, (ii) included all present and future works arising out of the contract for services and (iii) covered all territories of the world.

The composers subsequently notified the PRS of the composition of a song which had, as B4U conceded, been broadcast on its United Kingdom music channel. The PRS claimed that, as copyright had vested in it under the Copyright, Designs and Patents Act 1988 (CDPA) s.91(1) by virtue of a future assignment, B4U's broadcast infringed its copyright because B4U did not hold a valid licence from it. 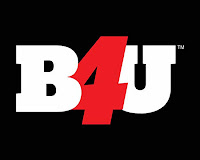 In proceedings before Vos J in which the PRS sought summary judgment, the court had to construe the assignment clause in the PRS agreements and to determine whether there was a material difference between an assignment of future rights and a present assignment of copyright in all future musical works. Said the PRS, this was a distinction without a difference: the relevant words in the PRS agreement dealt with the present assignment of future or prospective copyright. No, said B4U: the distinction was one of significance.  In this case, the argument went, the assignment to the PRS was subject to a condition precedent, this being the acquisition of ownership -- which could not take place until after the song rights had been assigned to the film's producer -- and that the copyright in the song therefore passed to the film's producer under the commissioning agreement without ever vesting in the PRS at all.

If you have had to read this paragraph several times to satisfy yourself either (i) that you have understood it or (ii) that this argument is unintelligible nonsense, don't worry, you are not alone ...

Vos J must have taken a deep breath before deciding that this was something he could decide. After all, as he observed, if the court was satisfied that it had all of the evidence necessary for the proper determination of a point of law, and that the parties had had an adequate opportunity to address it in argument, the court should jolly well grasp the nettle and decide it.  But how?

In reality, Vos J found, the commissioning agreement did not whisk away any copyright in the song. The relevant words in the PRS agreements were not a condition precedent but a present valid assignment of future rights and, as the PRS maintained the defence was based on a difference without a difference. Taking a look at the CDPA's s.11 (which dealt with ownership of authors' works) and s.91 (which dealt with assignment), he affirmed that there was an effective assignment to the PRS of future copyright where it vested in the two composers under s.11, where the first in precedence was the first in time. This result was not commercially absurd, as had been suggested, but rather was the outcome that was to be expected. The PRS agreements were contracts to allow the PRS to collect royalties for music in the UK as first owners of copyright; they did not contain a condition precedent.

Since there was no real prospect that B4U could defend that part of the infringement claim, judgment was given for PRS.
Posted by Jeremy at 7:00 pm

What a mess! B4U Turns on S11. Were the composers/authors employees? If yes then unless they had agreed otherwise with their employers they had no rights, ever, to assign to the PRS. They were never "prospective owners"
for the purposes of S91. That refers of course to copyright under UK law and I have not checked the relevant sections of Indian law which might differ and lead to a different outcome as to copyright subsisting under Indian law (shades of Redwood). Pravin Anand might have a view on that.