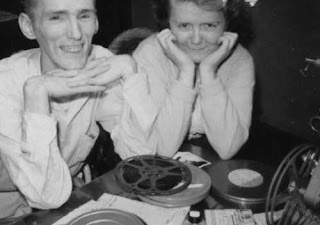 FOCAL is the UK based trade association for audio-visual libraries with members from around the globe which, amongst other activities, facilitates the use of library footage, images, stills and audio in all forms of media production; promotes FOCAL members - libraries selling content; encourages good practise in the research, licensing, copyright clearance and use of footage. It also acts as a "voice" for libraries - and for clarity I should declare that one of my clients is a member of FOCAL.

One recent debate FOCAL encouraged was around the 'fair use / fair dealing conundrum - with commercial libraries adamant that (almost) any use of their archives would require permissions and payment, whilst an increasing number of film and programme makers considered that the use of clips could (at least arguably) fall under fair use provisions, at least in the USA. An interesting debate - but not the one I am focussing on here. 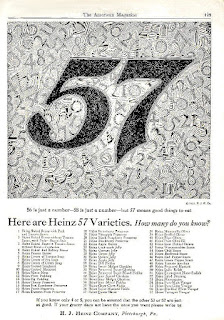 Back in October, Hubert Best, FOCAL's legal advisor, highlighted a number of issues raised by copyright provisions contained in the Enterprise and Regulatory Reform Bill passing through the UK's parliament. The Government say their proposals are "designed to support the legitimate use of copyright works, while making sure creators are protected and properly remunerated". Hubert pointed to reforms which concern FOCAL members - widening the exceptions to copyright protection and introducing new ones; allowing orphan works to be used commercially; and introducing a Digital Copyright Exchange, in particular

- Clause 57 will empower a Minister to add, change or remove any copyright exception by order;

- Other clauses empower a Minister  to shorten the term of copyright of some older works , introducing Extended Collective Licensing and arrangements for the use of orphan works (including commercial use) by order.

FOCAL says that what this all means is that in the future important reforms to UK copyright law will be able to be made by a Minister without the need for either debate or indeed seek sanction by Parliament. As Hubert says, these are "huge powers" and should not be "handed over by Parliament to Ministerial Order" - in effect future copyright reforms could be made by a Minister at an time without the need for debate or vote in Parliament. Apart from the lack of certainty this will provide, a serious concern for the content industries is the risk to future investment - why digitise a library when copyright exceptions stand to be widened or copyright term shortened? As Hubert says, the uncertainty will make the UK a place "to avoid for copyright investment" - certainly for archives.

A number of concerned libraries including British Pathe, AP, Getty Images, ITN and Reuters have formally written to ministers objecting to Clause 57, but the protest seemingly faell on deaf ears. FOCAL is now calling on its members to highlight what are clearly important issues to MPs: There is an interesting Blog on the IPO's website with comment both from the Intellectual Property Office and those concerned about the legislation which 1709 readers might find interesting - and more comment on the IPKat here and more on The Publishers Association website here and the October debate in the Commons here.

In the Winter 2012 issue of Archive Zones (No 84) Hubert has updated FOCAL members on what's happening, A wider group of concerned parties including British Association of Picture Libraries and Agencies (BAPLA), Bridgeman Art Libray, Corbis, the Chartered Institute of Journalists, the Royal Photographic Society and Magnum have working hard to resist the revisions to UK copyright law, re-emphasising that some changes would produce an adverse environment for digitising, preserving and producing on-line licensing models for archives in the UK. The IPO is also holding a series of meetings to intended to establish the 'rules' which would apply to extended copyright licensing (ECL) and orphan works. The Enterprise Bill is now at the Committee Stage in the House of Lords. The next meeting is on the 18th December 2012, The Bill is sponsored by Dr Vince Cable MP, the Secretary of State for Business, Innovation and Skills and Lord Marland of Odstock, the Parliamentary Under Secretary of State whose portfolio includes IP.

Hubert also reports that the new Steering Group for the Richard Hooper engineered 'Copyright Hub', proposed in the wake of the Hargreaves Review of IP, will haves a FOCAL representative on board, giving an important voice for libraries and archives on the Group which will look at the workings of the Digital Copyright Exchange.

I entirely support the general thrust of FOCAL's concerns, and indeed I would go further and say that copyright legislation in the UK is in such a mess at moment that a portmanteau Bill such as the Enterprise and Regulatory Reform Bill (like the DEA before it) is not a proper way in which to bring in changes, however well justified some of the changes may be to bring the law up to date. And the proposed extensive use of secondary legislation is even more problematic.
However that said, I am not sure on what grounds the members of FOCAL are objecting to two specific proposals: extended collective licensing and orphan works.
With the former it seems to have been made clear that ECL will not automatically apply to all parts of the creative industries especially where the existing arrangements with collection societies are mature and working well, and in any case individual authors will be able to opt out of the system. While I can see this measure might pose a threat to the business model of some libraries which don't hold exclusive licences from their contributors, and thus, if audio-visual material is to be subject to ECL, these libraries could well face competition from the ECL and the Digital Copyright Exchange. But surely that is the purpose of these reforms: to open up the market to greater exploitation without inevitably harming the economic rights of authors, rather than to perpetuate a cosy little money-making structure which only benefits the libraries/agencies, but fails to allow authors to get better returns.
And if they have reservations about ECL, surely the UK position on orphan works positively encourages libraries to digitize and exploit their stocks of orphan works, which I suspect for some will make up a sizeable proportion of their stocks, but which they cannot currently utilise legally. Or am I being too cynical in thinking that in fact maybe some libraries are currently profiting from selling licences to use works which are technically orphans, and they don't want anyone to start looking too closely at this arrangement?
The UK has to do something in the next 2 years to bring Directive 2012/28/EU into UK law, and I suspect the libraries would much prefer the UK version of this, allowing for greater commercial use of orphan works, than would be the case with the Directive alone which would restrict such exploitation to the more institutional 'non-commercial' museums, archives and public service broadcasters.