The fourth of Miriam Levenson's twelve guest pen portraits of creative geniuses whose work is about to enter the public domain in "life-plus-70" copyright regimes is L. M. Montgomery, an author whose work has enthralled generations of children: 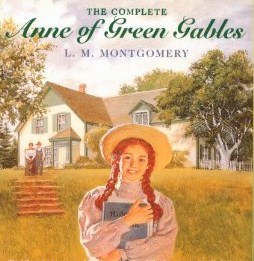 Out of 500 short stories and poems, and 20 novels, Lucy Maud Montgomery is best remembered as the creator of Anne of Green Gables. Much like her heroine, Canadian-born Montgomery lost her mother whilst still a baby. She was sent to live with her maternal grandparents, who brought her up very strictly. She was lonely for much of her childhood, and comforted herself by creating imaginary friends and worlds. At the age of 16, to her great excitement, Montgomery had her first poem published in the local newspaper. She continued to have hundreds of short stories published in various papers and magazines, which she wrote in addition to pursuing a teaching career. Anne of Green Gables was Montgomery’s first published novel and, although her characters and stories were beloved to so many, Montgomery never felt that she had achieved her ‘one great book’. After a string of unsuccessful romances, Montgomery settled down to marry Presbyterian minister Ewen Macdonald. She suffered from several bouts of depression, triggered by the birth of a stillborn child, coping with the religious melancholia of her husband and her duties as a church wife. Despite her unhappiness, Montgomery continued to write. She produced a further seven novels in the Anne of Green Gables series, as well as a biography, a book of poems and several other novels and short stories. 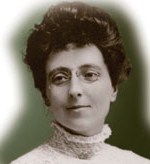 Anne of Green Gables became an international success. Every year, thousands of tourists from all over the world visit Montgomery’s home and Green Gables in Prince Edward Island, and a national park has been established in Cavendish in honour of her works. Montgomery was the first woman to be named a fellow of the Royal Society of Arts in England, and in 1935 she was awarded the Order of the British Empire. A year after her death, the government of Canada named her a ‘Person of National Historic Significance’. Her legacy continues to inspire children and adults alike all over the world, through books, films, television shows and cartoons.