Did you RT a © today? Photographer Sues Infringers and Retweeters

A photographer is suing a beverage company which allegedly used without permission one of his photographs on social media. The case is interesting, as the photographer chose to sue not only the company and its employees and contractors, but also the social media users who republished the photograph on social media, by a retweet, or a pin. The case is Dennis Flaherty v. Big Red, 1:15-cv-00566.
Dennis Flaherty (Plaintiff) is a professional photographer, living in California. He claims that beverage company Big Red (Defendant) used without permission one of his photographs representing Fort Alamo at night, or a “near perfect copy” of it, to create social media postings marking the 179th anniversary of the Battle of the Alamo, which ended on March 6, 1836. Big Red is located in Texas and thus the photograph “conveys a meaning and a direct relationship” with its place of business. Plaintiff owns the copyright of the photograph and registered it with the Copyright Office.


Defendant allegedly added a watermark or logo of BIG RED on the photograph before posting it online and Plaintiff claims that, as such, Defendant placed its registered trademark on the photograph. Plaintiff provided screenshots of alleged social media use of this photograph by Defendant (see here for screen shot of use on Twitter and on Facebook). They show images of Fort Alamo at night, identical or very similar to Plaintiff’s own photograph, with some slight modifications such as deleting a flag pole. Plaintiff is seeking  statutory damages for copyright infringement. 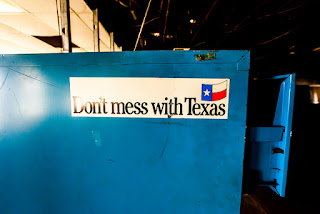 Posting on Social Media as Vicarious Infringement
Plaintiff is also suing John Does, employees or contactors of Big Red who were in charge of creating, monitoring, controlling and editing these social accounts, for vicarious copyright infringement, which “occurred because Defendants have or had a right and ability to supervise the infringing act, and received a benefit or a direct financial interest therefrom.” The complaint alleges that Defendants “received a direct financial benefit” from the infringing use of the photograph, as at was used to “draw…. customers, third parties, internet users, followers… to Defendants business activities.” Plaintiff is seeking actual, or, alternatively, statutory damages for vicarious infringement.

Plaintiff also claims that Defendants induced copyright infringement by distributing the photograph to third parties, that is, social media users who retweeted, pinned or liked the original social media post containing the infringing photograph. Plaintiff claims that, as such, they “stood in the shoes of the Plaintiff and licensed the image to Twitter,” citing Twitter’s Terms of Service which provide that by submitting content, users provide Twitter with a royalty-free license, thus allowing the social media site to make one’s tweets “available to the rest of the world and let others do the same.” Plaintiff is seeking actual, or, alternatively, statutory damages, for contributory infringement as well.


It is very unlikely that Plaintiff will be awarded any damages from any social media user. Plaintiff claims that the contributory infringement was intentional, but proving that it is would be impossible. As noted by Plaintiff himself, the photograph bore the Big Red trademark. As such, social media users were likely to believe that the use was legal, even if they knew that the copyright of the photograph was owned by Plaintiff, as he could very well have licensed it.
But this case got me thinking about copyright small claims courts. If such courts are ever established in the United States, would copyright owners sue social media users who had republished infringing material? Let’s say that social media users would ‘only’ face, for instance, a $50 fee awarded in a small claim court for having retweeted or pinned infringing material. Granted, only people posting under their real name could effectively be sued. But Facebook has a “use only your own name” policy, which is enforced, and many Pinterest or Twitter users post under their real name as a way to promote themselves and to build relationships and contacts. Fearing that retweeting a particular tweet may or may not lead to a fee would certainly have a chilling effect on speech, especially if the fees start to add up. Retweeting an ad may not necessarily contribute much to the marketplace of ideas, but the ad in our case meant to commemorate an historical event, and showcased one of the most famous U.S. monuments.


However, some may argue that having a way to make social users pay a fee for unauthorized use of protected work may eventually lead to people thinking twice before using images found online. The debate is likely to heat up if the issue of copyright small claims courts takes central stage in Congress (not likely for now).


Image is courtesy of Flickr user Thomas Hawk under a CC BY-NC 2.0 license.
Posted by Marie-Andree Weiss at 9:36 pm

Thanks for bringing some attention to this case.