The Queeen and that salute

UK readers of this blog will by now be aware of the Sun newspaper's dramatic scoop this morning (even if they are not habitual readers of that paper) concerning the Queen's activities as a six-year-old. No doubt if it is a slow news day elsewhere, readers around the world will also have been made aware of the story.
Buckingham Palace staff have been relatively and characteristically restrained in their response, saying that they are disappointed that the Sun has seen fit to intrude into the Royal family's private life. But others have not been so reticent in their comments. The BBC, for example, has speculated that the Palace may try to sue the Sun for infringement of copyright by releasing the film clip via their website. Stills taken from the film which appeared in the paper would not constitute fair dealing for the purposes of news reporting because photographs are excluded from this exception.

Apart from the political and public relations issues with the Queen starting a private civil case of this nature, there are also considerable legal problems with this course of action, should it be seriously considered. 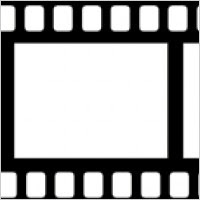 Prior to the 1956 Copyright Act, films were not protected by copyright. The 1911 Act mentioned cinematograph films (in section 1(2)(d)) but only in the context of being one form of the performance of literary, dramatic or musical work, but they were not protectable per se. So films of a factual or documentary nature (such as the Royal film at issue here) were not protected at the time. This of course did not matter then because presumably the film was made for purely private consumption. The 1956 Act provided some retrospective protection by treating a film made before 1957 as a series of still images, each of which would be protected as a photograph. If there was a sound track then this would have separate protection as a sound recording. So once the 1956 Act had come into force in 1957, this piece of film would have gained protection as a series of photographs. This would seem to lead us to the next step which would ordinarily apply to copyright works, namely who was the author and when did he or she die?
However this is not the case for photographs created prior to 1 June 1957. Section 21 of the 1911 Act afforded special treatment to photographs, namely that the term of protection was fixed at 50 years from the making of the original negative, and then ceased. This applied equally to published and unpublished photographs.  What is more, although the film (reputedly shoot in 1933 or thereabouts) would still have been protected under section 21 when the 1956 Act came into force, the transitional provisions (in Schedule 7) of the later Act did not change the provisions for photographs made before 1 June 1957, and so copyright in the film would have expired around 1983, some time before the current 1988 Act appeared on the statute books.

Hang on though, what about Crown Copyright? The 1911 Act, although not using the exact term, introduced what we think of as Crown Copyright, which lasted for fifty years from the date of first publication of the individual work. Since this film (we presume) has never previously been published, that would mean that the copyright term has not yet commenced (unauthorised publications such as that by the Sun newspaper don't count). But could the film attract Crown Copyright? The wording of Section 18 of the 1911 Act says:


"Without prejudice to any rights or privileges of the Crown, where any work has, whether before or after the commencement of this Act, been prepared or published by or under the direction or control of His Majesty or any Government department, the copyright in the work shall, subject to any agreement with the author, belong to His Majesty, and in such case shall continue for a period of fifty years from the date of the first publication of the work".


It seems unlikely that the then King, George V, would have directed that this film be made, although it is possible. From the circumstances and individuals shown in the film, it seems probable that the person filming the goings-on was the King's second son, Prince George, who later became King George VI. Given the private nature of the film, and following the dicta of the court in the case of the Black Spider memos, this private activity would not constitute the duties or authority of the 'Crown'. Arguably had a decision on this sort of issue been required back in the middle of the last century when deference was rather more in vogue, things might have been handled differently (see the case of Prince Albert v Strange 1849 discussed by Jeremy here).

However I suspect that all this will be hypothetical, and that no such copyright case will ever be contemplated, let alone go forward to litigation. But if it did, the Sun would undoubtedly advance the little-developed defence of public interest under Section 171(3). The Sun is of course no stranger to the public interest defence in a copyright case, since it was argued in the case of Hyde Park Residence Ltd v Yelland and others [1999] which the Sun lost on appeal.
Posted by Anonymous at 10:14 pm

I perhaps agree with Andy that this film is not a Crown copyright work, though I think the issue is slightly less clear-cut than he suggests. However, I am not at all sure about his comments on the duration of copyright in photographs forming a film of this period. It is true that the term of copyright in them as set out in the 1911 Act has expired, but the regulations implementing the Term Directive (SI 1993/3297) provide for the revival of expired copyrights, and do not set a limit on how long ago copyright might have expired. Under those new provisions, a photograph is in copyright for the life of the photographer plus 70 years. Copyright in a photograph was revived if on 31 July 1995 it was still in copyright in another EEA state, such as Germany which already had a 70-year term for 'original' photographs. If this film was made by Prince Albert (as the future George VI was called before he became King), and if German law regarded the photographs forming it, or one of them, as 'original', any such photographs would have been in copyright in Germany on 31 July 1995 and would therefore be protected by revived copyright in the UK until the end of 2022, 70 years after the death of George VI. It may well be that the copyright in the images in question was not revived, but I think it is a more complex question than the article suggests.

Hi Tim,
Many thanks for your comment. I am a great fan of your book and it has always puzzled me on why you assert that all pre-1957 photographs are captured by the EU Copyright Term Directive. So thank you for explaining it in more detail here.

Regrettably I still don't agree with you. In Schedule 7 (Transitional Arrangements) of the 1956 Act, paragraph 16 says that pre-1957 films which are not of original dramatic works (I think we can agree that describes the Royal film) are to be treated in the same way as photographs which don't form part of a film. That then takes us to the immensely dense paragraph 2 (Duration of Copyright) of Schedule 7, which in essence says that the status quo ante applies to photographs made prior to 1 June 1957. Paragraph 2 explicitly says that section 3(4) of the 1956 Act, which outlines the lifetime plus fifty years as the term for artistic works in general, shall not apply to photographs made before commencement (ie 1 June 1957). On that basis I don't see how the Directive can be said to have any effect since the UK copyright would have expired more than ten years before the 31 July 1995 date which you quote.

My reading of the 'any other state in the EEA' stipulation is that the work in question would have had to have been published in another state to qualify, not that hypothetically it might of had the greater term if it had been published in the second EEA member state. Clearly the Royal film was not published at all, so on that basis whatever terms might have applied elsewhere (perhaps Spain with its old 80 years post mortem term might provides an even starker example), they don't affect this particular work. I am no expert on German copyright law prior to 1995, but even today the Urhebergesetz Article 72 (3) limits the term of protection for photographs, in a similar manner to s 21 of the 1911 Act, viz: "(3) The right according to paragraph (1) shall expire 50 years after the photograph was released or, if its communication to the public occurred prior to that date, 50 years thereafter, although the right shall already expire 50 years after production if the photograph was not released or legally communicated to the public within this period. The period shall be calculated according to Article 69."

If my interpretation of Article 10 of the EU Copyright Term Directive (the 'any other state in the EEA' provision) is wrong then how is this to be squared with Article 7 (8) of the Berne convention which says "In any case, the term shall be governed by the legislation of the country where the protection is claimed; however, unless the legislation of that country otherwise provides, the term shall not exceed the term fixed in the country of origin".

Please come back to me if I have missed the point.

I have had a look at online versions of the 4th edition of Laddie, Prescott and Vitoria and the 16th edition of Copinger. I am glad to say, from my point of view, that they agree with me, but I hope that I have understood your argument properly. Your principal problem, I think, is whether copyright was 'running' in another member state, but a work is protected automatically in a member state of the Berne Convention if its country of origin qualifies it, so copyright is undoubtedly running in all those states without any need for publication. Germany, Spain, Austria and the UK are and were all parties to the Berne Convention, so a photograph taken in England in the early 1930s qualified in all of those countries.

As I said, the photograph was not necessarily protected in another member state because it might not have qualified because it was not original or for some other reason, but if it did so qualify copyright was certainly running, it seems to me, because of the automatic nature of article 5 of the Berne Convention. The extended term is therefore likely to apply in most cases.