Sugartown Worldwide LLC, the owner of the trademark Lilly Pulitzer and the distributor of the famous fashion brand, is suing Old Navy and its parent company Gap, claiming that the retailer infringed its copyright when it sold several models of clothes and fashion accessories bearing prints which Plaintiff claims were copied from two of its original designs. The case is Sugartown Worldwide LLC v. Old Navy (Apparel), LLC et al, 1:15-cv-02633.
Lilly Pulitzer was a Palm Beach socialite who married a member of the Pulitzer family (as in Pulitzer Prize). She started designing dresses, somewhat by accident, in the late Fifties. As the story goes, she opened a citrus juice stand and needed a dress which would hide stains. The result was a simple shift cut in bright fabrics. The designs often featured animals, beach themes and sunshine, and used a colorful palette evoking life under the sun, at least for the well-heeled and well-moneyed. 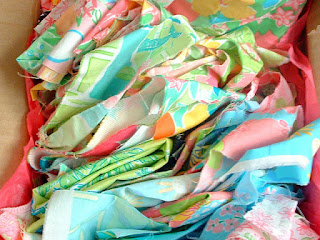 The company enjoyed great success in the Sixties and Seventies. After an eclipse, the brand came back in the Nineties, and is still going strong: the complaint states that there are some one hundred Lilly Pulitzer stores in the U.S. selling clothes and accessories, which are also sold in some department stores and online. A Lilly Pulitzer collaboration with discount retailer Target recently sold out the first day of its release.
According to the complaint, Plaintiff’s design team created in 2011, as a work for hire, the “High Tide Design,“ which features the image of a beach, complete with waves and parasols, in blue tones, with some green and yellow accents. Plaintiff registered this design with the U.S. Copyright Office. The “High Tide Design” was incorporated in 2012 in several Lilly Pulitzer models of clothes and accessories.
The Lilly Pulitzer design team also created in 2013 a “Sparks Fly Design,” featuring red sailing boats over a dark blue sea, illuminated by yellow fireworks (see p. 7 of the complaint). Plaintiff also registered this design with the U.S. Copyright Office and used it on some on its models. Some of the products, however, depicted the “Sparks Fly Design” in different color schemes than the original one, such as dark blue boats over a white background.
U.S. copyright law does not protect clothes or even accessories, because they are useful articles, described by the Copyright Act as articles “having an intrinsic utilitarian function” and which are not copyrightable. However, fabric designs, if they are original enough, can be protected by copyright.
The complaint alleges that, in 2015, Old Navy manufactured and sold clothes and accessories “bearing a design copied from and substantially similar to the High Tide Design” and provides images of some of these allegedly infringing goods (see p. 10 of the complaint). The complaint also shows a side-by-side comparison of a pair of printed women’s shorts with a Old Navy pair of women’s printed shorts, which the Plaintiff claims copied the original Lilly Pulitzer design.
The complaint further alleges that Old Navy copied in 2015 the Sparks Fly Design and manufactured clothes and accessories bearing the firework print. The complaint provides a side-by-side comparison of a Sparks Fly Design Lilly Pulitzer model and an Old Navy pair of shorts featuring a firework print.
A plaintiff alleging copyright infringement must convince the court his protected work was copied by proving that defendant had access to the protected work. Access is the opportunity to view or to copy plaintiff's work. A plaintiff must also prove that the original and the allegedly infringing work are substantially similar. 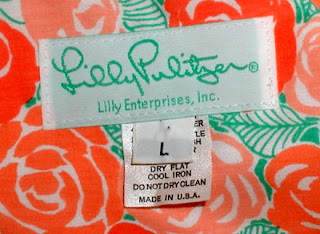 There is no doubt in our case that Plaintiff could prove access to its designs, as they were sold to the public in 2011 and 2012. By showing its original designs side by side with some of the Old Navy models, Plaintiff is attempting to convince the court that the designs are substantially similar. The suit was filed in the Northern District of Georgia, which is part of the Eleventh Circuit, where the courts consider that there is a "substantial similarity" between two works if "an average lay observer would recognize the alleged copy as having been appropriated from the copyrighted work” (see SunTrust Bank v. Houghton Mifflin Co. at 1266).
This is probably the reason this suit was filed in Georgia, and not in Pennsylvania which is where Plaintiff has its headquarter, and is within the Third Circuit, where substantial similarity must be first assessed by experts before the court may determine “whether a "lay-observer" would believe that the copying was of protectible aspects of the copyrighted work (see Dam Things from Denmark at 562).
There is no need for experts in the Eleventh Circuit, and only the opinion of average lay observers is necessary. The Complaint alleges that the Old Navy models “are so striking that consumers and commentators have remarked upon them, referring to the infringing designs as Lilly Pulitzer “copies”, “dupes”, or “knock offs” and provides as evidence comments posted on Instagram personal blogs, and Poshmark, a site allowing users to sell pieces of their wardrobe, marveling about how similar the Old Navy models are to the original Lilly Pulitzer fabric designs (see here for 30 pages of such evidence.)


As “an average lay observer” is, in the Eleventh Circuit, “an individual who, without any vested interest in the governing issue, is sufficiently informed and alert to identify precisely the differences in the competing designs, yet sufficiently informed and independent to fairly identify and assess the similarities; that is, at a minimum, neither an engaged expert nor an oblivious passerby” (see John Alden Homes, Inc. v. Kangas at 1344), Plaintiff may have found online a trove of evidence in the chatter of consumers, who obliviously know the brand, yet are not fashion experts or professionals. Lilly is not pulling the Web 2.0 punches.