Another media release that slipped this blogger's attention when it arrived is a joint statement by PRS for Music and the Concert Promoters’ Association, headed "PRS for Music to extend consultation on Tariff LP". The release concerned


" ... an extension on the consultation period for Tariff LP which is applied to ticketed live popular music events such as concerts and festivals. Originally Monday, 8 June 2015, the deadline for responses is now 30 September 2015. 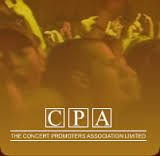 The extension has been granted following the Concert Promoters’ Association’s (CPA) stated interest in conducting its own research in response to PRS for Music’s consultation documentation which was announced on April 13. The extension will allow the CPA and other industry groups to respond comprehensively to the consultation. PRS for Music welcomes the industry-wide commitment to engaging in this process. The CPA represents 45 members and 14 associate members that are active promoters of live music concerts, concert tours, events and festivals.

The aim of the consultation is to conduct a comprehensive review across the live music industry to ensure that PRS for Music operates an appropriate tariff for its customers and members.

This tariff is applied to ticketed live popular music events such as concerts and festivals performing songs composed by PRS for Music songwriters and composers. The tariff was originally set in 1988 and works out at 3% of gross box office receipts per event. A separate tariff, Tariff LC, which applies to live classical music concerts, is not within the scope of this consultation.

Further details can be accessed from the PRS website here.
Posted by Jeremy at 8:59 pm