A New York Senate bill, S560-2015, introduced in May by State Senator John A. DeFrancisco, would provide a post mortem right of publicity to deceased New Yorkers’ estates for seventy years after their death. The bill explicitly refers to these rights as personal property, which can be freely transferrable or descendable, and thus are more akin to intellectual property rights than privacy rights.
The Senate bill is the same as New York House bill A7904-2015
. It would be retroactive and “deemed to have existed at the time of death of any individual who died seventy years prior to the effective date of this [law.]” 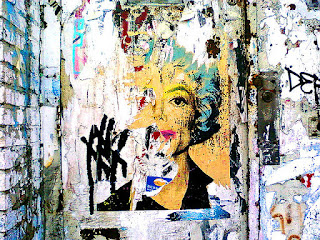 S550-2015 would introduce an article 3-A to New York civil rights law (NYCRL): the new section 32 of NYCRL would forbid the use in New York, for commercial purposes, of the persona of any deceased individual without first obtaining the written consent of the person or persons owning more than fifty percent of the deceased person’s publicity rights. Even though the justification of the bill notes that the “bill provides for a “right of publicity” for deceased personalities,” (my emphasis) the bill only mentions “deceased individuals,” defined as “any natural person who died a domiciliary of the State of New York on or after, or within seventy years prior to the effective date of [the law.]” and so it seems that everybody, famous or unknown, would benefit from this right.
Bill Drafted to Respect First Amendment


However, no consent would be required if the use is not an “advertisement, endorsement or solicitation for the sale of purchase of a product, article or merchandise, good or service, other than for the work itself and the work does not contain an image or likeness that is primarily commercial, not transformative and is not otherwise protected by the First Amendment of the United States Constitution or New York State Constitution” (Section 34).
The bill lists uses protected by the First Amendment. They are: “a play, book, graphic novel or other literary or theatrical work; a work of political or newsworthy value concerning public interest, including a television broadcast or an article, editorial or commentary in a magazine, newspaper, newsletter or other periodical; an original musical composition, musical sound recording or other similar musical work; or an original work of fine art or a work of fine art reproduction.”


A Broad (Overbroad?) Definition of Persona
The bill defines “persona” as “the name, portrait, picture, voice, signature, photograph, image, likeness or distinctive appearance, gesture, mannerisms or other indicia of a deceased individual” (Section 30-4). This definition of persona is broader than the current definition by NYCR §50 of what is protected by New York right to publicity, that is, an individual’s name, portrait or picture. Readers of the IPKat blog may remember that Lindsay Lohan tried last year to convince a New York court that a video game had infringed her rights to publicity when depicting a blonde woman making the “V” sign, as Ms. Lohan is sweet on doing. But this pose is favored by many teenagers and teenagers alike when taking selfies. Would such a pose be considered a “mannerism an “indicia” protected by the post mortem right to publicity?
No Moral Rights
The bill does not provide any moral right, and this is not surprising as the U.S recognizes only very limited moral rights. Not providing moral rights is, of course, protective of freedom of expression, yet may lead to tensions and possibly lawsuits if a use, otherwise authorized by the new law, would be considered by the right holders as tainting the memory of the deceased. Such tainted use could be pornographic or presenting ideas which were repulsive to the celebrity during her lifetime. However, such uses would likely to be found protected by the First Amendment, unless commercial.
As the New York Senate has concluded its business for its 2015 regular session, this bill will not be enacted this year. It is not the first time that a New York bill providing for a post mortem right to publicity has failed to be enacted, but as some celebrities are now earning millions of dollars years after their demise, New York is likely to eventually join California and other the states which already have post mortem right to publicity statutes. Let’s wait and see what 2016 will bring in Albany.