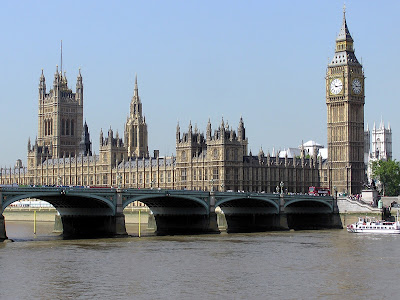 The High Court in London has quashed provisions in the Copyright and Rights in Performances (Personal Copies for Private Use) Regulations 2014 introduced by the UK government in October 2014 to allow members of the public to lawfully copy CDs and other copyright material bought for their own private use.

In June in  BASCA v Secretary of State for Innovation and Skills [2015] EWHC 1723 (Admin) the High Court ruled against the UK Government in a Judicial Review brought by the British Academy of Songwriters, Composers and Authors (BASCA), the Musicians’ Union (MU) and UK Music. These three bodies challenged the Government’s decision to introduce a private copying exception into UK copyright law, arguing that it was unlawful because it failed to provide fair compensation to rightholders in line with European law.

The Department for Business, Innovation and Skills said when introducing the new regulations that they would cause only zero or insignificant harm, thus making compensation unnecessary. But Mr Justice Green, sitting in London, ruled last month that the evidence relied on by the government simply did not justify the claim that the harm would be “de minimis”. The organisation that represents all sectors of the UK music industry, UK Music, estimated that the new regulations, without a compensation scheme, would result in loss of revenues for rights owners in the creative sector of £58m a year.

On Friday, in a further decision, Mr Justice Green said: “It is clear that I should quash the Regulations. I make clear this covers the entirety of the regulations and all the rights and obligations contained therein.” In particular Green J said:

[5]. I have now received detailed and constructive submissions from the parties. The Secretary of State has accepted the position that the Regulations should be quashed. He states as follows:

“4. The Secretary of State welcomes the guidance which the Court has provided as to the correct approach to be adopted as a matter of law when considering the introduction of a private copying exception, and as to the scope and nature of the factual enquiries which are necessary. He will now take the opportunity to reflect further and in due course take a view as to whether, and in what form, any further factual enquiries should be carried out and whether a new private copying exception should be introduced. The Secretary of State has not decided on any specific course at this stage and wishes to take time to reflect before making any further decisions. He would not wish to create any uncertainty in the law by submitting that the Regulations remain in force while further policy decisions are made.

5. Given that the Secretary of State submits that a quashing order is appropriate at this stage, there is no necessity for a reference to the CJEU. As is made clear in the body of the Judgment, the Judge’s conclusion leading to the ruling that the decision was unlawful did not depend on his conclusions on issues of EU law, in particular as to the meaning of “harm” (the issue identified by the Judge is a matter for a potential reference)”

And turning to the matter of whether the Regulations should be quashed, ex nunc or ex tunc:

[19]. In the circumstances of this case I will declare that the Regulations are prospectively unlawful. However, I am not prepared to rule upon the position ex tunc. It seems to me that the declaration sought raises potentially complex and far reaching issues which it is appropriate to address in the circumstances of private law litigation between a specific rightholder and an alleged infringer. It will be for a defendant in future proceedings to explore and raise this issue, including whether the effect of the fact that they relied at the time upon Section 28B creates some species of estoppel, legitimate expectation or fair use defence in private law and whether, if such exists, this goes to the cause of action or the remedy or both.

And explaining why the Court was not referring the matter to the Court of Justice of the European Union:

[30] ... Nothing that I have said in this ruling should be taken as an indication as to the decision that a future Court might make upon an application by the Claimants (or others) for a reference in the future. This is not an encouragement to a further application. It is clear from the Judgment that I considered a reference to be appropriate essentially because of the importance of the issue. I did not, however, consider the issue ultimately to be one of great difficulty. To succeed upon the issue before the Court of Justice the Claimants would have to persuade the Court of Justice that there was no discretion on the part of the Member States as to the choice of test for the computation of harm (as to which in the Judgment I set out fully the relatively extensive case law of the Court indicating that such a discretion did in fact exist), and, that the only lawful test was the licensing test. Alternatively, the Claimants would have to convince the Court that if there was a discretion conferred upon Member States, that it was outwith the appropriate margin of appreciation accorded to Member States for the Defendant to adopt the “lost sales” test. I consider that achieving success on a reference raising these issues would be no mean feat.

The Queen on the application of (1) The British Academy of Songwriters, Composers and Authors (2) Musicians' Union (3) UK Music 2009 Limited v Secretary of State for Business Innovation & Skills (Incorporated Society of Musicians Intervening) [2015] EWHC 2041 (Admin)
Posted by Ben at 12:06 pm

I really liked the forthright comments on the CMU Daily take on this: Making the point that as consumers move to streaming models the issue in dispute is becoming more and more irrelevant CMU say

"The campaign for a private copy levy in the UK has been led by BASCA and the Musicians' Union, supported by cross-sector trade group UK Music, and it is understandable why organisations specifically representing songwriters and musicians have pushed for such compensation, because it is one of the few music revenue streams which is usually shared automatically with creators and performers as well as corporate rights owners.

Though arguably those energies would be better used pushing for a boost in other performer and creator rights across Europe, rather than championing a levy which seems idiotic to consumers, most of whom assumed they already had to right to make private copies, and who are now reading that the music industry has forced (albeit indirectly) the quashing of a sensible bit of copyright law."