Apps: new bottles for old wine, or is there more to them?

Via Robert Bolick comes this query from Martyn Daniels of the Read 2.0 Discussion Group, a mix of publishers, librarians, techies and e-reading enthusiasts. The comments of the 1709 Blog team and their readers are requested.  The issue is as follows: 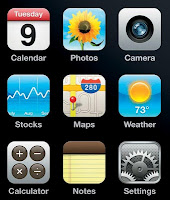 "I had an interesting discussion with someone managing a major (Video,TV, film) rights/production who has been challenged with a secondary agent who they use creating and selling what they deem as ‘app rights’ to a publisher which contain more than the permitted minutes within the hour of moving image footage laid down in the contract (ie the app contains x minutes film footage which is way over that permitted without commercial agreement) . The agent is trying to claim that ‘app rights’ are outside and separate. The owners are adopting a hard line and saying no way and see their element within the app is governed by the contract and do not recognise an app right.

I thought this starts to explore a new rights issue which at the outset looks simple but as we slice and dice, cut and paste, sample and mould new digital works based on multi media how do we control the rights to the elements and infringement? To date we have merely poured content into a new container but as we enhance that with secondary materials how do we control the rights elements and is there an increase in the levels of rights that need to be managed and what do we believe is an app and does it have rights which can overrule primary ones?"

This blogger is in the process of surrendering his old phone in favour of a smart new device that runs apps. Once he has had a chance to become better acquainted with them personally, he will feel more confident to express one or more opinions about them and the legal issues they stir up. In the meantime he is happy to hear from his colleagues and from readers, from whom he is more than willing to learn.
Posted by Jeremy at 9:57 am

can I make a heartfelt plea that this sort of special pleading be resisted? Apps are only pathways to access "normal" content such as video OR are just CD-Roms without the CD depending on their flavour.

So no, calling it an app does not trump previous decisions and I don't think it throws up issues not already making people think elsewhere.