Merlin settles for the indies 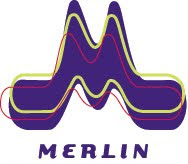 The global independent music rights agency Merlin has settled its long-running copyright infringement claim on behalf of its members against the now defunct peer-to-peer service LimeWire. The settlement was reached out-of-court subsequent to a lawsuit filed by Merlin in July 2011. Merlin’s settlement follows the major record labels’ announcement that they reached a $105 million out-of-court settlement with LimeWire in May 2011.

Merlin’s members’ claims against LimeWire were settled for an amount commensurate with the major record labels’ settlement, taking into account the aggregate market shares of the Merlin members relative to the major labels’ shares and costs of action. Merlin’s members’ market share in the US is around 10%. Merlin will pay out the proceeds of the settlement to its members shortly. Labels such as Epitaph, Merge, Warp, Yep Roc/Red Eye, Naïve, Naxos, Tommy Boy, One Little Indian, Kontor, Secretly Canadian, Beggars Group, [PIAS] Group,!K7, Sub Pop, Domino and Koch/E1 are all members of Merlin. Charles Caldas, Merlin CEO said:


“It is deeply satisfying to announce this settlement today. The exclusion of independents from past major settlements such as Kazaa was a key factor in the formation of Merlin, and I am proud to say that this time, via the actions of Merlin, our members’ rights have been properly protected. We will continue to do everything we can to ensure that the labels we represent are never again left out in the cold”.

http://www.merlinnetwork.org/home/
Posted by Ben at 8:05 am