PRS win big, even if for little money 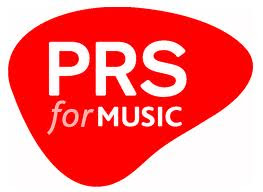 News reaches us of a decision by Mr Kevin Prosser QC sitting as a Deputy Judge of the Chancery Division on the case of PRS Ltd v Alexander Burns and Williams Burn [2012] EWHC 221 (Ch) in an action against father and son defendants to restrain them from infringing PRS’s copyright in musical works by performing music in public and damages. It’s an interesting read and Prosser QC is somewhat critical of the role of Alexander Burns, the father, an acting solicitor in the running of the Remix Bar in Woking; the Judge was less than impressed with Mr Burns as a witness and went further saying “I wish to make a further, important, comment about Mr Burns. He had a very lax attitude towards the legal obligations which he and William owed to PRS”. Burn’s DJ son William’s activities were not without criticism with the judge saying “I was not impressed by his recollection of events. He was not at all concerned about performing music at Remix Bar in public without a licence from PRS (although I accept that he was relying on his father to advise him on this) and he failed to make or keep a proper written record of usage”. But in particular its a very interesting use of Section 97 of the Copyright Designs & Patents Act 1988 in awarding damages.

The actual sums of money involved are quite small and having found "flagrant infringement" Prosser QC used PRS's figures (in default of any figures from the defendants) to assess damages saying he “would encourage the parties to adopt a broad brush approach on this issue, in order to avoid further costs being incurred. On that basis, I consider that, leaving aside additional damages, they should agree that the balance of unpaid royalties amounts to £2,000, and that damages are payable amounting to £3,000, making £5,000 in total, plus interest” .

No injunction was granted as the lease on the Remix Bar had been surrendered by the Burns.

The case isn't on BAILII as yet, but Lexisweb have the case report here
Posted by Ben at 9:16 am