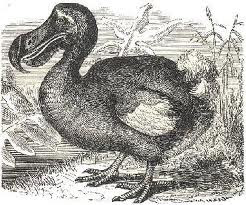 Reuters report that Spain’s new anti-piracy laws – the so called ‘Sinde’ web blocking law and procedures may be having little effect with users switching away from websites providing links to copyrighted material, which were targeted by the law, towards peer-to-peer or content-sharing services instead. It seems that the closure of the MegaUpload site has simply accelerated the trend, and many of the pirates have simply re-directed their activity towards peer-to-peer platforms to access copyrighted material. P2P platforms are not covered by the new legislation and have been protected in Spanish courts provided they are “not for profit”. About half of Spanish adults admit to having downloaded audiovisual content from the Internet for free according to a poll by the state-run CIS public opinion surveyor.

In other news, Microsoft has confirmed that users of its instant messaging app are now being stopped from sharing links to The Pirate Bay, though the IT firm says the block has been instigated because of malware fears rather than any bid to block Bay-enabled copyright infringement. A spokesman for the company told The Register: "We block instant messages if they contain malicious or spam URLs based on intelligence algorithms, third-party sources, and/or user complaints. Pirate Bay URLs were flagged by one or more of these and were consequently blocked".

If the same "half of Spanish adults" take the trouble and actually go and cast their vote, for a party like the Spanish Pirate Party, this crap will be over in no time.

Things don't change themselves. You have to actually follow process.