News from the digital sphere 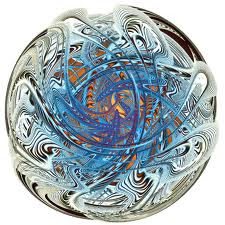 There are now a plethora of online services offering legal ways to listen to music, but I was interested to see the announcement that new music service Turntable.fm has reached a deal with all four of the major record labels (EMI, Sony-BMG, Universal and Warners) allowing it to “to leave the legal gray zone it had been operating in and expand into international markets”. One of the reasons I was interested is because Turntable offers a ‘twist’ on the usual music services, its not a streaming service like Pandora or Spotify, but really is a social platform, allowing users to create an online ‘room’ in which they can the programme and ‘DJ’ for other users - so the DJ actively picks his or her own music

Seth Goldstein, the company’s chairman, told his audiuence at the South by South West convention in Austin, Texas, “Basically this means we’re legitimate,” Mr. Goldstein said. “There are no eggshells, no wondering whether or not what we’re doing is viable as it relates to rights holders.” The company already had agreements with the main two US music publisher and songwriter collection societies, ASCAP and BMI Mr. Goldstein said Turntable’s audience had started gaining users and added that over the life of the service — which is only about nine months old — it had already serviced 130 million streams of music.

In other news from the digital sphere, it seems that the Canadian collection body SOCAN (Society of Composers, Authors and Music Publishers of Canada) is reviewing it's ‘blanket’ agreement with CBC which allows the Canadian national broadcaster to run 40 free genre specific online streaming music channels without having to pay a ‘per song’ royalty. The service, which has quickly attracted thousands of users, is being licensed under a deal similar to a broadcasting “flat rate” deal. However the deal with CBCMusic.ca has attracted criticism from songwriters and musicians for being unfair (to them) and Paul Spurgeon, vice-president of legal services at SOCAN, said the society was reviewing the ‘Tariff 22’ rate currently in place for CBC which relies on a formula that “factors in the number of page views the website receives”. Mr Spurgeon said the tariff was being used as a ‘default’ position.

Last but not least, I was fascinated to read about ongoing concerns about the legality of Pinterest – a service I had never heard of – which allows users to ‘pin’ images they have found on the web into a virtual scrapbook. With commentators asking if ‘Pinterest is the next Napster?’ it will be interesting to see how owners of copyrighted images such as Getty and others such as magazines and newspapers will react to the site when they find their content ‘pinned’ into consumer's scrapbooks. Particularly if reports about Pinterest's terms and conditions are to be believed. If lessons have been learned from the music industry’s mistakes, maybe they should be thought about now …….

On Pinterest and its terms of service, see Nancy Sims's excellent blog postings at http://blog.lib.umn.edu/copyrightlibn/2012/03/pinterest-copyright-and-terms-of-service.html and http://blog.lib.umn.edu/copyrightlibn/2012/03/a-few-clarifications-on-pinteresttoscopyright.html. She points out that most of the commentators are getting the copyright and TOS terms wrong.