Is it a lease? Is it a licence? In the world of digital royalties, Sony wants to know 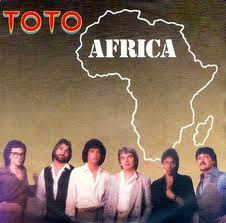 Billboard reports that Sony BMG has asked a US court to dismiss the latest case filed against the label by 80s icons Toto, who are looking to challenge the basis of the way in which their digital download royalties are accounted for. With The Temptations having recently launched a new action against Universal, who have lost one case in the ‘Eminen’ action (actually brought by the rapper’s producers FBT), Sony BMG has now agreed to pay $7.95 million to settle a similar class action (with Cheap Trick and the Allman Brothers amongst others) but is separately defending the lawsuit brought by Toto, who recorded the hit song "Africa". The music company simply says the band is "dissatisfied with the bargain that it struck."

Billboard report that Sony have said that the argument that artistes should receive a share of ‘licence’ income from digital sales rather than a (much lower) per unit sales royalty is incorrect in this case because the "license" vs. "sale" dispute misses a third word -- "lease" -- which could play a role in determining whether musicians get roughly 50 percent of digital income or merely about 15 percent of the net sales price, as it seems that Sony Music's contracts with musicians appear to have "lease" provisions instead of "licensing" provisions. Is there a difference? Well, Sony says “yes” and Sony has now submitted a motion to dismiss Toto's lawsuit.

The attack on the claim is twofold. Firstly in a memorandum to the court, Sony claims that in 2002 the parties amended their agreement to set forth a new royalty rate specifically applicable to "all records made for digital playback."

If that’s not enough, Sony also challenges the ‘sale vs licence’ argument saying "In an attempt to sidestep this ['lease'] obstacle to its claim, plaintiff alleges that 'license' and 'lease' simply mean the same thing," adding "But plaintiff's allegations cannot alter the plain meaning of the contract. As a matter of both ordinary English and contractual usage, the terms 'license' and 'lease' are not synonymous" pointing to the Black's Law Dictionary, the Webster's Third New International Dictionary, and the Oxford English Dictionary to support the idea that "lease" and "license" are different. Sony also seem to be relying on the initial judgment in the Allman Brother (now settled) claim although I am not sure this is that wise, as a later judgment allowed the earlier class action to be amended to allege that Sony "leases" its catalogue to download providers like Apple's iTunes.

Like Billboard, I am not quite sure of what the ramifications are of separating "licensing" activity in media and entertainment from leasing activity, but as Billboard say “The semantic argument might seem trivial, but it's worth millions”.