In the Land of Blood and ... Copyright 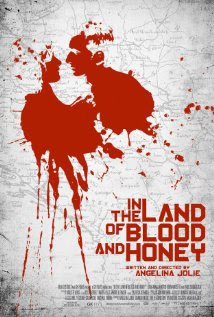 Back in February this year, Croatian journalist James Braddock sued Hollywood actress Angelina Jolie and Others before the U.S. District Court for the Northern District of Illinois. He claimed copyright infringement in his 2007 book The Soul Shattering, seeking also an emergency injunction against the film's release.

The book is a factual account of the tragedies suffered by Bosnian and Herzegovinan women and children during the Bosnian War and was originally published in Croatia. In particular, Mr Braddock claims that a film written and directed by Ms Jolie – In the Land of Blood and Honey –, which is due to be released in the U.S. next 23 December and has already attracted some criticism, amounts to an infringement of his copyright.

Mr Braddock asserts that in a few occasions he was approached by the defendant Mr Eden Sarkic, an executive film producer in the Bosnian region with Scout Film, to discuss the possibility of creating a film from his own book. Mr Braddock also came in touch with Ms Jolie’s Make It Right charity, seeking to establish a partnership to build villages or houses across desolated cities, including Sarajevo and New Orleans.

In 2010, the plaintiff learned that Ms Jolie had been involved in the making of a new film to be set in Bosnia, for which Mr Sarkic appeared to be an executive producer. Scout Film was also actively involved in the production.


According to Mr Braddock, In the Land of Blood and Honey has striking similarities with The Soul Shattering. In particular, he claims that these concern:
This being the background to the case, a couple of days ago, in an interview with the Los Angeles Times, Angelina Jolie said that she has never read Mr Braddock’s book. The actress played down the lawsuit, stating: “It's par for the course. It happens on almost every film". She added: “There are many books and documentaries that I did pull from. It's a combination of many people's stories …  But that particular book I've never seen."
There is no doubt that the case of plots is a very difficult and fascinating one in the realm of copyright. Furthermore, US case law has not been very consistent so far. We’ll see what happens next and to which of the parties the Court’s decision will actually look a jolie one.
Posted by Eleonora Rosati at 2:04 pm

Labels: book, in the land of blood and honey, jolie, plots