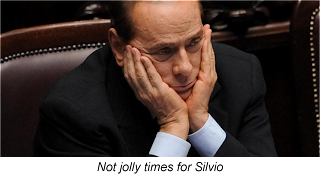 A few days ago the Rome Court of First Instance issued an important decision (which can be read in Italian here) in an application for an interim injunction in the context of proceedings between Reti Televisive Italiane (RTI, a subsidiary of the Mediaset Group owned by Silvio Berlusconi), and Google and Others.

Back in the summer of this year, RTI sued Google for copyright infringement, claiming that a web portal, hosted on Blogger, was streaming football matches broadcast on RTI's TV channels. The Rome Court rejected RTI's application because -- following notification to Google -- the allegedly infringing materials had been removed from Blogger.
Moreover, by referring to the recent ruling of the CJEU in Scarlet (noted in this Blog here), the Rome Court held that web platforms do not have an obligation to monitor communications on their network. In particular - pointed out the Court - an injunction aimed at preventing all future infringements would be tantamount to imposing an obligation of general surveillance of all the communications passing through a provider's network. Such an obligation cannot be imposed upon a service provider, in that this would be contrary to EU law. This would also be in contrast with the freedom of the service provider to conduct its business, since such surveillance would require that the provider install a complicated, costly computer system.
We'll see now how things develop in the course of the proceedings. However, for the sake of pedantry, the ruling in Scarlet was about ISPs. Is this the case of Google? Another pending reference may (or may not) change the panorama, once it is decided. I am referring to Netlog (here and here), another reference from the Rechtbank van eerste aanleg te Brussel (Belgium), posing the same question as in Scarlet, but in relation to hosting service providers ...
Google European Public Policy Blog here
Posted by Eleonora Rosati at 6:38 am