Painer: pain for the press? 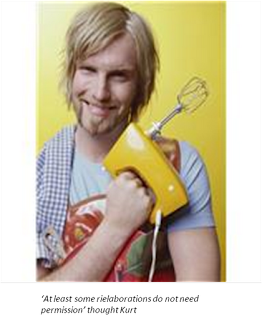 (1) Is Article 6(1) of Regulation No 44/2001 on jurisdiction and the recognition and enforcement of judgments in civil and commercial matters [aka Brussels I] to be interpreted as meaning that its application and therefore joint legal proceedings are not precluded where actions brought against several defendants for copyright infringements identical in substance are based on differing national legal grounds the essential elements of which are nevertheless identical in substance – such as applies to all European States in proceedings for a prohibitory injunction, not based on fault, in claims for reasonable remuneration for copyright infringements and in claims in damages for unlawful exploitation?
The Court held that Article 6(1) must be interpreted as not precluding its application solely because actions against several defendants for substantially identical copyright infringements are brought on national legal grounds which vary according to the Member States concerned. It is for the referring court to assess, in the light of all the elements of the case, whether there is a risk of irreconcilable judgments if those actions were determined separately.

(4) [which the Court deemed it appropriate to address after Question 1] Are Article 1(1) of Directive 2001/29 in conjunction with Article 5(5) thereof and Article 12 of the Berne Convention, particularly in the light of Article 1 of the First Additional Protocol to the European Convention for the Protection of Human Rights and Fundamental Freedoms and Article 17 of the Charter of Fundamental Rights of the European Union, to be interpreted as meaning that photographic works and/or photographs, particularly portrait photos, are afforded “weaker” copyright protection or no copyright protection at all against adaptations because, in view of their “realistic image”, the degree of formative freedom is too minor?

By referring to the ruling in Infopaq (noted in this Blog here), the Court first recalled that copyright is liable to apply only in relation to a subject-matter, such as a photograph, which is original in the sense that it is its author’s own intellectual creation, i.e. if it reflects the author’s personality. That is the case if the author was able to express his creative abilities in the production of the work by making free and creative choices (see, a contrario, Joined Cases C‑403/08 and C‑429/08 Football Association Premier League and Others [2011] ECR I‑0000, paragraph 98).
As regards a portrait photograph, the photographer can make free and creative choices in several ways and at various points in its production. In the preparation phase, the photographer can choose the background, the subject’s pose and the lighting. When taking a portrait photograph, he can choose the framing, the angle of view and the atmosphere created. Finally, when selecting the snapshot, the photographer may choose from a variety of developing techniques the one he wishes to adopt or, where appropriate, use computer software. By making those various choices, the author of a portrait photograph can stamp the work created with his ‘personal touch’. Consequently, as regards a portrait photograph, the freedom available to the author to exercise his creative abilities will not necessarily be minor or even non-existent.

In view of the foregoing, a portrait photograph can be protected by copyright if – which it is for the national court to determine in each case – such photograph is an intellectual creation of the author reflecting his personality and expressing his free and creative choices in the production of that photograph.

Coming to the question whether such protection is inferior to that enjoyed by other works, particularly photographic works, the Court observed that nothing in Directive 2001/29 or in any other directive applicable in this field supports the view that the extent of such protection should depend on possible differences in the degree of creative freedom in the production of various categories of works. Therefore, as regards a portrait photograph, the protection conferred by Article 2(a) of Directive 2001/29 cannot be inferior to that enjoyed by other works, including other photographic works.
(3)(a) [which the Court decided to address next] Is Article 5(3)(e) of Directive 2001/29, in the light of Article 5(5) thereof, to be interpreted as meaning that in the interests of criminal justice in the context of public security its application requires a specific, current and express appeal for publication of the image on the part of the security authorities, i.e. that publication of the image must be officially ordered for search purposes, or otherwise an offence is committed?

(b)If the answer to question 3a should be in the negative: are the media permitted to rely on Article 5(3)(e) of [Directive 2001/29] even if, without such a search request being made by the authorities, they should decide, of their own volition, whether images should be published “in the interests of public security”?

(c)If the answer to question 3b should be in the affirmative: is it then sufficient for the media to assert after the event that publication of an image served to trace a person or is it always necessary for there to be a specific appeal to readers to assist in a search in the investigation of an offence, which must be directly linked to the publication of the photograph?

As a preliminary point, the Court observed that the provisions of Directive 2001/29 do not expressly address the circumstances in which the interests of public security can be invoked with a view to the use of a protected work, meaning that, though the Member States which decide to enact such an exception enjoy a broad discretion in that respect, such discretion must comply with the need for legal certainty for authors with regard to the protection of their works and, in any case, is limited by Article 5(5) of the Directive. The Court held that the media, such as, in this case, newspaper publishers, cannot be allowed to confer on themselves the protection of public security. Only States, whose competent authorities are provided with appropriate means and coordinated structures, can be regarded as appropriate and responsible for the fulfillment of that objective of general interest by appropriate measures including, for example, assistance with a search appeal. Such a publisher cannot, therefore, of its own volition, use a work protected by copyright by invoking an objective of public security. However, the Court added that it is conceivable that a newspaper publisher might, in specific cases, contribute to the fulfilment of such an objective by publishing a photograph of a person for whom a search has been launched. In any case, it should be required that such initiative is taken, first, within the framework of a decision or action taken by the competent national authorities to ensure public security and, second, by agreement and in coordination with those authorities, in order to avoid the risk of interfering with the measures taken by them, without, however, a specific, current and express appeal, on the part of the security authorities, for publication of a photograph for the purposes of an investigation being necessary.

The decision of the Court may lead the readers of this Blog to engage in reflections and comments upon the well-known tendency – at the level of EU judiciary – to tackle the concept of originality as a means to define the scope of protection. This case may also raise observations as to the related issue of copyright limitations …
Posted by Eleonora Rosati at 6:37 pm